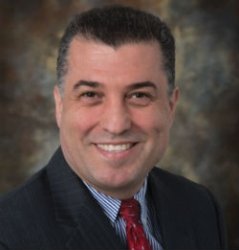 The American Health Council recently appointed Ali K. Riba, MD as “Best in Medicine” for his outstanding contributions to the medical field. Currently serving as the Medical Laboratory Director at QDX Pathology Laboratory in N.J., Dr. Riba ensures that daily operations remain functional. While he has held his current role for five years, he has spent the last 30 years expanding his skills and knowledge in patient care, case studies, research, publications, scientific administration, management, professional instruction, teaching and extensive experience in surgical pathology.

When Dr. Riba was young, he dreamt of operating his own hospital and helping people in need. As time went by, his desire to pursue a career in the medical field strengthened. He eventually earned a medical degree from Tishreen University in Lattakia, Syria in 1987. He completed an anatomic and clinical pathology residency at St. Barnabas Health Care System, NJ, from 1998 to 2002, and immediately completed a fellowship in surgical pathology at Yale University, CT in 2003. That same year, he served as an instructor of pathology at Yale University School of Medicine. The following year, he served as an assistant professor of pathology at the same institution until 2007. That same year, he began a five-year position as an associate medical director at a national laboratory, PLUS Diagnostics, and Inform Diagnostics and later, took on the role of medical laboratory director at Miraca Life Sciences Laboratories.

Dr. Riba manages and leads the pathology team and operations, and is responsible for regulatory-related activities, as well as maintaining CAP and New York State certifications. His outstanding leadership earned him the Pioneer Award in 2012. Additionally, Dr. Riba has published several abstracts and papers based on research conducted with fellow peers and colleagues. To ensure that he remains connected with fellow healthcare professionals, he is a member of the College of American Pathologists, the United States and Canadian Academy of Pathology, the American Society of Clinical Pathology and the International Academy of Pathology.

In his free time, Dr. Riba enjoys running in half marathons as well as both playing and watching soccer. He has a passion for giving back to the community. With a successful career at hand — one that he attributes to his work ethic, and training — Dr. Riba plans to continue to excel in his role.