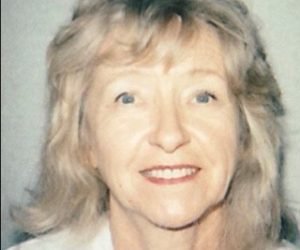 The American Health Council is proud to name Dr. Anna Emilsdottir, Retired MD formerly of West Palm Beach VA Medical Center, to their Physician Board. Dr. Emilsdottir brings to the AHC over 50 years within the field of healthcare, where her expertise lies in Internal Medicine.

In 1956 Anna Katrin Emilsdottir was Iceland’s delegate to the New York Herald Tribune Youth Forum,  ‘The World We Want”.  There she was a guest in 4 American homes.

At this forum she met and befriended young delegate peers from all over the globe.  This broadened her view of the world.  She had been born and grew up in Seydisfjordur, Iceland, a town of 1000+ inhabitants.  Since this fjord was a “Safe Naval Harbor” for the Allied Troops, it was a strategic military target and was bombed twice during WW2.

She became the only female to graduate from the University of Iceland with a degree in Medicine in 1964.  Dr. Emilsdottir specializes in Internal/Emergency Medicine.

Dr. Emilsdottir spent 23 years as a Physician at West Palm Beach VA Hospital, where she enjoyed the communication and companionship of patients and colleagues alike. She had previously worked at an Icelandic mental hospital, and at a neighborhood clinic in the Upper West Side of Manhattan prior to transferring to Florida.

Dr. Emilsdottir attended courses in Boston given by Harvard Medical School, as well as in Colorado and Utah by the University of California San Francisco, which gave her renewed enthusiasm for the practice of Medicine, devoting 100% of her time to seeing patients, giving them all the attention they needed.

Having the choice of becoming a lawyer, teacher, or doctor, Dr. Emilsdottir chose the latter, deciding to fulfill her desire of helping and healing people from all walks of life. She attributes her past and current success to constant and efficient communication with her patients.

Dr. Emilsdottir has previously been awarded by The Riviera Beach VA Clinic for her extensive work and dedication to healthcare and the well-being of her patients. She cites her 38 year-long marriage to her husband Richard as a personal achievement.

In her spare time, Dr. Emilsdottir enjoys music, reading, and traveling both in the US and overseas, especially Europe and Mexico. She dedicates charitable time to Veterans, public television programs, museums, cancer research efforts, along with local relief efforts.