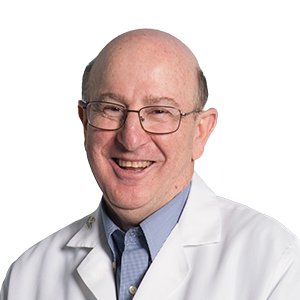 The American Health Council is proud to recognize Anthony Stein, MD as “Best in Medicine” for his groundbreaking contributions to improve leukemia-affected patients through diligent research during an outstanding 40-year career. Currently serving as co-director of the Gehr Family Center for Leukemia Research within the Hematologic Malignancies and Stem Cell Transplantation Institute at the City of Hope in Duarte, Calif., Dr. Stein dedicates his time to aid his patients. While he has held that role for over two years, he has been a loyal City of Hope physician since 1985, expanding and perfecting his skills in hematology, oncology, medical oncology and research.

After receiving his medical degree from the University of Cape Town Medical School in Cape Town, South Africa in 1978, Dr. Stein immediately completed an internship at the Groote Schuur Hospital in Cape Town the following year. From 1982 to 1985, he participated in an internal medicine residency program at Montefiore Hospital’s Department of Medicine. After completing his residency, he subsequently began a fellowship in hematology and oncology at City of Hope. During this time, Dr. Stein’s interest in adult leukemia heightened, leading him to conduct further research on the blood cell-related cancer. His career quickly soared at City of Hope, where he has since helped countless patients diagnosed with acute leukemia.

Acting as a principal investigator at City of Hope, Dr. Stein conducts extensive research and multiple clinical trials that examine drugs that combat acute myeloid leukemia, a disorder that affects myeloid stem cells, according to the City of Hope website. A highly-esteemed physician, he was instrumental in overseeing clinical trials for a drug called Blincyto, a T cell engager that activates the immune system to attack cancer cells caused by acute lymphoblastic leukemia. The successful trial led the U.S. Food and Drug Administration (FDA) to approve the drug five months ahead of its approval schedule in 2014. Most recently, Dr. Stein led a blinatumomab trial, a drug aimed against relapsed or refractory B-precursor acute lymphoblastic leukemia that activates the disease-fighting T cells. The 2017 trial tested 405 patients across 101 medical centers in 21 countries who received either standard-of-care chemotherapy or blinatumomab. Results indicated that patients who received blinatumomab experienced fewer fevers, lower platelet counts, lower white blood cell counts and less anemia than patients who received chemotherapy. According to an article on City of Hope’s website, blinatumomab patients also experienced fewer infections than chemotherapy patients.

Dr. Stein continues to conduct research, with one goal in mind: to improve his patients’ lives. He attributes his successful career to his acute medical and research acumen. His impressive repertoire also includes education, as Dr. Stein serves as a clinical professor in the Department of Hematology and Hematopoietic Cell Transplantation. His leukemia clinical research has been featured in several peer-reviewed publications, an accomplishment he is very proud to hold. To continue to evolve with peers in his field, Dr. Stein is a member of the American Society of Hematology, the American Society of Clinical Oncology and the American Society for Blood and Marrow Transplantation. Dr. Stein plans to continue to grow in his field, and further research and discover new treatments for patients diagnosed with adult leukemia.