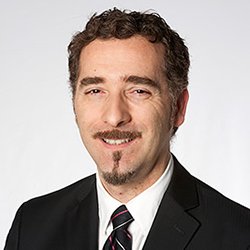 Dr. Antonio Gangemi has been honored by the American Health Council as “Best in Medicine.” Dr. Gangemi is both Assistant Professor of Surgery and Clinical Director of the Surgical Skills Laboratory at the University of Illinois at Chicago, a role which he has held for the past five years.

From an early age Dr. Gangemi had always been passionate about improving the health of those around him, and he knew a career in the healthcare industry would allow him to do this. Therefore, he studied for his MD at the Universita degli Studi di Catanzaro, and in addition completed a residency at the University of Illinois at Chicago, College of Medicine and an internship at the University of Illinois Medical Center. He specialized in medicine throughout his educational career. This experience has well equipped Dr. Gangemi for his roles of assistant professor and clinical director.

The University of Illinois at Chicago is committed to both research and teaching, with 15 colleges that are devoted to this goal in the diverse city of Chicago. The institution was formed when two University of Illinois campuses merged. The prestige of this institution has been recognized by the Higher Learning Commission in the North Central region of the US, which has accredited the university. The university specialists in academics and education and teaches on a wide variety of topics including medicine, pharmacy, nursing, research, healthcare, healthcare administration, business, legal, engineering and integrative neuroscience. These subjects are taught through undergraduate degrees, graduate degrees, interdisciplinary degree granting programs, online schooling and study abroad programs.

Dr. Gangemi is proud to be trained in both robotic and laparoscopic, using a single incision, surgical procedures and is proud to perform a large number of his surgeries this way. He is also an adjunct associate professor of surgery at Ross University School of Medicine and Vice chair of the department of surgery at Saint Anthony Hospital. In addition, he has published an impressive 41 pieces of his work. In addition, he has also received a variety of awards throughout his career. In 2017, he was recognized by America’s Top Surgeons and the Travel Award in 2016 by the Clinical Robotic Surgery Association. He was also awarded an Certificate of Appreciation in 2016 University of Illinois at Chicago – College of Medicine and the Warren Cole Career Development Award in 2016 by the Warren H. Cole Society. Furthermore, he was the recipient of the CRAIG Fellowship Award in 2016, awarded by the University of Illinois at Chicago – College of Medicine. Dr. Gangemi received the Poster of Distinction in 2015 from the American Society of Metabolic and Bariatric Surgery and the Chancellor Undergraduate Research Award in the same year from the University of Illinois at Chicago. He is proud to have achieved his fellowship in pancreatic cells transplantation. Dr. Gangemi is both hardworking and deeply passionate about his role, for which he credits his achievements.

He is also a member of a wide variety of organizations to share his own knowledge and learn from others. He is member of the American College of Surgeons, the Clinical Robotic Surgery Association, the Warren H. Cole Society, the American Society of Metabolic and Bariatric Surgery and the American Medical Association.

Dr. Gangemi speaks English, Italian and Spanish, which allows him to cater for even further patients. When he is not working, Dr. Gangemi likes to read and also travel, spend time outdoors boating and scuba dive. 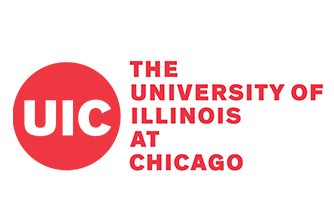