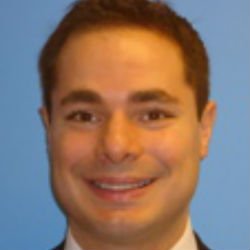 The American Health Council proudly welcomes Aristidis Hatzidimitriadis, MD, Medical Director of AMITA Health, to its Board of Physicians. Dr. Hatzidimitriadis is known for his personality and the way he connects with each patient he sees. He has been named “Dr. Demetri” by his patients, not only because his given name is difficult for most to pronounce but because his patients feel they can comfortably talk and bond with Dr. Hatzidimitriadis as a person. Dr. Hatzidimitriadis has been an Attending Physician at AMITA Health, a healthcare network located in Illinois, for over five years. He has spent seven years building his knowledge and experience in the healthcare industry. He became Board Certified in Internal Medicine and has subspecialties in Diabetic Care and Primary Care.

As a graduate of the Medical College of Wisconsin, Aristidis Hatzidimitriadis obtained his Degree in Internal Medicine in 2007. He attended Loyola University following his graduation so that he could complete a residency in Internal Medicine. He chose this career path because of his father, who is a retired internist. As a child, Dr. Hatzidimitriadis saw the impact his father made in their community and how greatly respected he was at his place of work. His father built a career that painted him as a respected figure within the medical community and Dr. Hatzidimitriadis decided that he would be proud to follow in his footsteps.

Patients trust Aristidis Hatzidimitriadis, MD and he values that trust above all else. He is trilingual in English, Spanish, and Greek; which is a rare quality for most healthcare providers. Having these linguistic skills at hand makes him more accessible to patients who are fluent in other languages. He makes his patients feel more at ease, by removing these barriers between them and opening new passages for communication. He attributes this ability to his success in medicine, it has guided him in his work and motivates him to excel even more for the benefit of his patients.

As a General Internist, Dr. Hatzidimitriadis tends to a variety of patients. He treats anything from chronic disease to common ailments that require regular checkups. In any case, he is always kept busy and is only eager to help his patients with any pressing concerns regarding their health. However, Dr. Hatzidimitriadis sometimes requires the aid and guidance provided by colleagues and other medical groups. During his time as a physician, Dr. Hatzidimitriadis has become an affiliate of the American Medical Association and the American College of Physicians. Because of his efforts, he has received a group award as a doctor “Patients Most Likely Recommend,” giving his clinic the title of top practice in his region.

Dr. Hatzidimitriadis is determined to improve the quality of care within his practice, even more so. He will continue in his efforts as more advancements in medicine are made.

When he isn’t with patients, Dr. Aristidis Hatzidimitriadis enjoys reading history books and playing tennis. He also makes time to volunteer regularly at his local church.