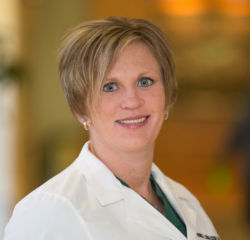 Brooke Donaldson, MD has been appointed to the American Health Council’s Board of Physicians. Dr. Donaldson currently serves as the Genesis Peer Support clinical chairwoman, ED Trauma liaison and co-chairwoman for the Disaster Clinical Committee at Genesis and is vice-chairwoman of the Department of Emergency Medicine at Genesis Healthcare System. All while also assuming the role of emergency medicine attendant at the facility. Eager to care for others, Dr. Donaldson entered the healthcare field as an attending physician nearly four years ago with a set of skills and extensive education in critical incident stress management, emergency medicine and trauma management.

Dr. Donaldson’s interest in the medical field sparked at a young age. She received care from skilled specialists throughout her childhood and adolescent years who provided her with a bedside perspective of medicine. Following her undergraduate education at Denison University where she also served as an EMT / Firefighter for Granville Fire Department, she enrolled at the University of Toledo and earned her medical degree in 2011. That same year, she enrolled in an Emergency Medicine Residency program at Akron General Medical Center in Ohio, where she was named chief resident from 2013-14. After completing the program in 2014, Dr. Donaldson found a home at Genesis Healthcare System (GHS) and has remained at the facility since.

As a Congressional Award Gold Medalist, leadership and success is not foreign to Dr. Donaldson. She continues by serving as the trauma liaison for the emergency department, and she founded Genesis Peer Support — a critical incident stress team at GHS — for which she serves as a clinical chairwoman. She is a co-chairwoman for the clinical disaster services committee and vice-chairwoman for the Department of Emergency Medicine. Dr. Donaldson cares for patients from pediatrics to geriatrics of both high and low acuity at GHS.  An accomplished medical professional, Dr. Donaldson is board-certified in emergency medicine, and serves as the emergency department’s critical care service line representative. She is proud to be a trauma peer review member and an advanced trauma life support (ATLS) instructor. As a result of her diligent and passionate efforts, she has been named a Top Emergency Physician by the International Association of Emergency Medicine. Although her successful career continues to climb due to her work ethic, Dr. Donaldson considers her greatest accomplishments to be raising her two sons and having a successful marriage.

As a medical professional, Dr. Donaldson affiliates herself with several associations including the American Medical Association, the Emergency Medicine Residents’ Association, and the American College of Emergency Physicians. Her charitable demeanor shines through in her personal life as well as her professional career as she volunteers at her local church and her son’s school while serving as the medical director of the Bladensburg Fire Department.

Her parents have influenced Dr. Donaldson’s life immensely, as she credits her success to a string of valuable lessons they taught her about dedication and perseverance. She would not be who she is today without the endless love and support of her family. Her true love for medicine has continued to fuel her drive for success, which has been vital to her achievements. She plans to continue that success by advancing Genesis’s trauma program, disaster management as well as the institution’s first clinical incident stress team. A future goal of Dr. Donaldson’s is to someday become a flight physician.

In her spare time, Dr. Donaldson enjoys maintaining an active and social lifestyle. She attends sporting events, golfs, and spends time with family and friends.