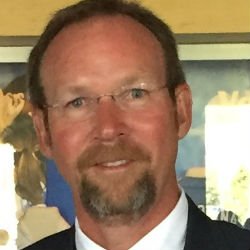 The American Health Council is proud to honor Carl L. Roland, Pharm.D., MS as “Best in Medicine,” for his outstanding contributions toward evolving the pharmaceutical industry through his leadership as senior director of Pfizer in Sanford, N.C. While Dr. Roland has held his current role for over 12 years, he has spent the last 27 years in the healthcare industry expanding his skills and knowledge in clinical development, healthcare education, workforce development, business, leadership, management, chemistry, epidemiology, health outcomes and pharmacoeconomics.

Dr. Roland enrolled at the University of Illinois College of Pharmacy and earned a Pharm.D. degree in 1989. He completed a fellowship in clinical research and drug development from the University of North Carolina Eshelman School of Pharmacy in 1991, and immediately dove into the pharmaceutical industry by accepting the director of clinical research role at Glaxo — now known as GSK as a result of a merger between Glaxo Wellcome and SmithKline Beecham — that same year. He remained there until 1998, when he accepted a similar position at Anesta Corp. By 2001, he assumed the role of vice president of clinical development at Cognetix and remained there until 2003. At that time, his career steered toward education when he became an assistant professor at the University of Utah for two years.

Dr. Roland returned to the pharmaceutical industry by taking on the role of senior director of medical development at King Pharmaceuticals from 2005 to 2011. That same year, he enrolled at the University of Florida’s master program while simultaneously serving as the senior director at Pfizer. After receiving a master’s degree in outcomes and policy research and applied pharmacoeconomics in 2013, he completed a pharmacoeconomics and pharmaceutical economics fellowship at the University of Utah in 2016.

At Pfizer, Dr. Roland designs clinical development plans, clinical trial design and execution, regulatory submissions, performs health economic studies and consults on the epidemiology of opioid abuse. He led the development of anesthesia analgesic and epilepsy products, including seven NDAs and five FDA Advisory Committee meetings. In addition to his clinical work, Dr. Roland has performed research and published over 40 manuscripts and one book chapter. To continue to evolve within the pharmaceutical industry, he is a member of several associations including the American Pain Society, the American College of Clinical Pharmacy, the International Society for Pharmacoeconomics and Outcomes Research, the Academy of Managed Care Pharmacy, the Phi Theta Kappa National Honor Fraternity, and the Rho Chi Pharmaceutical Honor Society.

He attributes his success to his work ethic, passion and natural curiosity. Dr. Roland plans to continue to conduct research in areas that can make a difference in others’ lives, as well as teaching at the University of North Carolina as an adjunct professor.