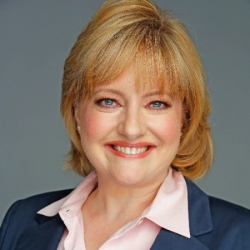 Carolyn Drazinic, MD, PhD, MBA is recognized by the American Health Council as “Best in Medicine” for her outstanding contributions to the medical field. Dr.  Carolyn Drazinic, MD, PhD, MBA,  is currently a Psychiatrist for Veterans Health Administration. Prior to her new role, Dr. Drazinic was the former Chief Medical Officer for the Florida State Mental Health Hospitals. She also was an associate professor in the Department of Psychiatry and Behavioral Sciences at Leonard M. Miller School of Medicine — University of Miami and an attending psychiatrist at both the University of Connecticut Health Center in New Haven and the University of Miami Health System — University of Miami Hospital. Since entering the healthcare industry over 16 years ago, Dr. Drazinic has garnered comprehensive skills and knowledge in psychiatry, Huntington’s disease and psychiatric manifestation in genetic syndromes.

In October of 2021, Dr. Drazinic  ventured into the rewarding role of Psychiatrist for Veterans Health Administration. Her current responsibilities include the diagnosis, treatment, and helping in the prevention of various mental illnesses, such as anxiety and depression of veterans. At Veterans Health Administration, the kind of work they perform strives to improve the lives of America’s Veterans and Dr. Drazinic helps facilitate the improvement  of Veteran’s mental health as a Psychiatrist.

Dr. Drazinic earned a bachelor’s degree in biological and medical science in 1990 and a Doctor of Philosophy degree in molecular genetics and microbiology in 1996 at the University of Florida. After earning a medical degree from the University of Florida College of Medicine in 1998, Dr. Drazinic completed an adult psychiatry residency at Yale School of Medicine in New Haven, where she was awarded the Laughlin Top Resident Award in 2002. She remained at the renowned institution to complete a forensic psychiatry fellowship in 2003. She is fellowship-trained in neuropsychiatry at the West Haven VA Medical Center, an affiliate of Yale School of Medicine, and trained in child neurodevelopmental psychiatry at Yale Child Study Center. Board-certified in psychiatry and forensic psychiatry by the American Board of Psychiatry and Neurology and addiction medicine by the American Board of Addiction Medicine, Dr. Drazinic established a strong foundation to build a successful career.

As the first and former Chief Medical Officer of Psychiatry at Jackson Behavioral Health Hospital in Miami, Dr. Drazinic diversified her skills to include leadership. She is an expert in Huntington’s disease — an inherited disease that causes the breakdown of nerve cells in the brain — and served as the director of the Huntington’s Disease Program from 2005 to 2015. During her time as director, she developed a technique to treat her patients’ behavioral problems, including irritability and mood swings as well as neurological problems.

In her free time, Dr. Drazinic enjoys dancing, listening to music, playing the piano, singing and composing songs. She donates time and funds to the American Red Cross and the United Way. With a successful career at hand, she attributes her achievements to her great mentors, her work ethic and her dedication to improving others’ health and well-being. In the upcoming years, Dr. Drazinic plans to assume an executive position where she can create a greater impact on patient care.

Previously Chief Medical Officer for the Florida State Mental Health Hospitals and Associate Professor in the Department of Psychiatry and Behavioral Sciences at Leonard M. Miller School of Medicine – University of Miami