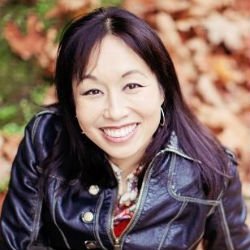 Christine Cha, MD is recognized by the American Health Council as “America’s Best Doctor” for her dedicated efforts to improve the health of cancer patients. Currently acting as an Associate Medical Director of Radiation Oncology at eviCore Healthcare — a role she has held for seven months — Dr. Cha has spent her career garnering experience in radiation oncology, strategic planning, outpatient joint ventures in healthcare, clinical program development and outcomes of clinical research. During her 24-year career in the healthcare industry, Dr. Cha has placed specific focus on exploring lifestyle modification for cancer prevention during cancer treatment.

Dr. Cha’s professional aspirations stem from witnessing the care her family members received due to cancer treatments when she was a teenager. After her grandparents were each diagnosed with lung cancer, she agonized over watching them suffer from treatment side effects. The illness sparked compassion and curiosity in Dr. Cha to create a lasting impact on cancer patients by improving their health and well-being. She enrolled at the University of Michigan, where she earned a bachelor’s degree in biomedical sciences in 1989. She then pursued a Doctor of Medicine degree from the same academic institution, where she served as the vice president of the Galens Medical Society for two terms in 1991 and 1992. After graduating from the University of Michigan Medical School in 1993, Dr. Cha began a radiation oncology residency at the Memorial Sloan-Kettering Cancer Center in New York in 1994. During the three-year residency, she gained broad experience in clinical oncology, radiation physics and radiation biology, with significant experience in radiation implants (brachytherapy) and Intraoperative Radiation Therapy.

Establishing a strong education and medical practice foundation — and earning board certification by the American Board of Radiology in radiation oncology — Dr. Cha’s career first led her to become an assistant clinical member at Memorial Sloan-Kettering Cancer Center in Rockville Centre, N.Y., from 1997 to 1998. During that time, she helped establish the successful clinical satellite on Long Island and published clinical research on isotope choice and outcomes for a large population of prostate brachytherapy patients. By mid-1998, Dr. Cha accepted a radiation oncologist position at the Virginia Mason Hospital and Medical Center in Seattle, Wash., where her practice focused on breast and gastrointestinal cancers. During that time, she helped establish a new clinical practice at a free-standing center at St. Francis Mercy Medical Center. To contribute to oncology evolution, Dr. Cha utilized educational tools to host a radio talk show titled “Cancer Talk with Dr. Christine Cha” during her time at Virginia Mason Medical Center. The podcast was specifically tailored for patients who had cancer-related questions and concerns, and served as a resource for patients and their families. Additionally, she continued to develop her communication skills as the Medical Editor and television reporter for KIRO-TV, a local Seattle CBS television station from 2000 to 2002.

In 2003, she moved on to The Oregon Clinic — Radiation Oncology in Portland, Ore. While continuing to take care of breast and gastrointestinal cancer patients with The Oregon Clinic, she served as the Regional Medical Director of Radiation Oncology at the Providence Cancer Center in Portland, a facility within the Providence Health & Servicesnetwork in 2006. In this role, she gained extensive administrative experience at the regional and hospital level. She successfully established a free-standing radiation oncology clinic and constructed a multi-level medical facility as a joint-venture with Providence Health & Services. The Oregon Clinic credits Dr. Cha as being one of the first physicians in the Portland area to offer radiotherapy for patients with early-stage Dupuytren’s contracture, a hand condition that affects a person’s ability to straighten and use their fingers due to thick, rope-like cords of tissue caused by collagen buildup under the skin of the palm that pulls one or more fingers into a bent position. Eventually, Dr. Cha became the regional expert for these patients, often drawing patients from the greater Pacific Northwest.

After consulting with more and more cancer patients who were unable to receive treatment due to obesity, Dr. Cha founded reNEW — Restoring Energy through Nutrition, Exercise and Weight Management, a program that targeted morbidly-obese cancer patients through education, behavior modification and evidence-based research. The goal of this innovative program and institutional review board-approved clinical research project was to help morbidly-obese cancer patients lose weight, so they would be able to receive cancer treatments and potentially reverse the negative effects of their disease. She served as the program director from its inception in 2013 until 2015.

After learning first-hand the limitations of one-on-one provider counseling with the reNEW program, Dr. Cha accepted a role as a medical advisor on FruitStreet.com in 2015. The digital health and telemedicine company delivers the Centers for Disease Control and Prevention National Diabetes Prevention Program to its users. Tying together an interest in healthcare administration since medical school and a three-year stint serving on the board of Providence Health Plans, Dr. Cha departed from The Oregon Clinic in late 2017. She immediately accepted the role of Associate Medical Director of Radiation Oncology at eviCore Healthcare, where she now practices evidence-based utilization review and management. eviCore Healthcare is a company that strives to advance healthcare management through intelligent care while enabling better outcomes for patients, providers and plans. Dr. Cha currently performs peer-to-peer consultation and evaluation for radiation oncology and therapeutic radioisotopes.

Dr. Cha’s warm patient care earned her a spot on Portland Monthly Magazine’s “Top Doctors” list for three consecutive years from 2008 to 2010. She is an active member of the American Society for Therapeutic Radiology and Oncology, an organization that provides healthcare professionals with education, health policy, analysis, patient information resources and advocacy to succeed in the ever-evolving healthcare industry. Although she has enjoyed a successful career filled with professional accomplishments, Dr. Cha is most proud of being a mother to her children Kai and Malia. In her free time, she enjoys salsa dancing and preserving a healthy lifestyle by participating in triathlons.

Throughout her 24-year career, Dr. Cha accepted many opportunities to expand her experience and growth. In each professional role, she was fortunate to gain new knowledge and skills to become fluent in that specific field. She diversified herself in multiple aspects of medicine, discovering that the wide-ranging experiences and relationships she formed often enriched what she could offer to other teams. Her curiosity and desire to make a difference in her patients’ lives have led Dr. Cha to understand the larger healthcare system. Her deepest desire is to see health care evolve to not only cure more patients with cancer, but also hopefully prevent cancers from occurring.  It is a dream that she hopes many, many others will also share.