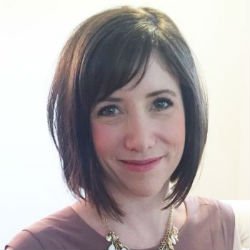 Cristina M. Alvira, MD is honored by the American Health Council as “America’s Best Doctor” for her outstanding contributions to the pediatrics field through education and practice. Currently an assistant professor of pediatrics at Stanford University School of Medicine in Stanford, Conn., Dr. Alvira dedicates her time to improving various aspects of the pediatric field by conducting research. While she has held her current role for eight years, she has spent the last 13 years in the healthcare industry expanding her skills and knowledge in intensive care, pediatrics, critical care medicine, lung development and pulmonary vascular.

Dr. Alvira’s career in pediatrics is a result of natural progression. After earning a bachelor’s degree in biology/biological sciences from Tufts University in 1995, she enrolled at the academic institution’s School of Medicine and earned a medical degree in 1999. She later completed both a pediatric residency and a clinical fellowship in pediatric clinical care medicine in 2002 and 2005 respectively at Stanford University School of Medicine. Dr. Alvira later completed a postdoctoral fellowship with esteemed vascular biologist Dr. Marlene Rabinovitch, and earned board certification in pediatric critical care medicine from the American Board of Pediatrics in 2006.

Recruited by the Stanford School of Medicine in its University Tenure Line in 2010, Dr. Alvira spends 65 percent of her time conducting research, 35 percent of her time in intensive care to treat extremely sick children, and the rest of her time performing clinical care. According to her biography on the Stanford University’s School of Medicine website, Dr. Alvira currently runs a National Institutes of Health-funded basic research program that aims to identify novel mechanisms that direct lung growth and repair in infants and children. Additionally, she is a Stanford Child Health Research Institute John and Tashia Morgridge Faculty Scholar in pediatric translational medicine at the university.

Throughout her career, Dr. Alvira has published several research publications on various topics, including pulmonary development, bronchopulmonary dysplasia and newborn lung-related issues, among many. Her most rewarding publication is “Disrupted Lung Development and Bronchopulmonary Dysplasia: Opportunities for Lung Repair and Regeneration,” a research piece co-written with Christopher D. Baker and published in Current Opinion in Pediatrics, 2014; 26 (3): 306-314.  She has served on the American Journal of Physiology-Lung, Cellular and Molecular Physiology Editorial Board since 2014 and has served as Stanford University School of Medicine’s assistant fellowship program director since 2015. To share her knowledge with peers in her field, she is a member of the Cardiovascular Institute, the Child Health Research Institute, the Society for Pediatric Research and the American Physiological Society.

Among her many accomplishments, Dr. Alvira is a proud member of the Alpha Omega Alpha National Honor Society. She has garnered several accolades during the course of her career, including the Louis Weinstein Prize — Excellence in Clinical Medicine in 1999, the Travel Award from the Western Society for Clinical Investigation in 2004, the Travel Award from the Society for Pediatric Research in 2004, the Pediatric Clerkship Honor Roll for Teaching from the Lucile Packard Children’s Hospital at Stanford in 2007, the Fellow to Faculty Transition Grant from the American Heart Association for five consecutive years in 2008, the Young Investigator Coaching Program from the Society for Pediatric Research in 2012 and the Outstanding Junior Investigator Award from the American Journal of Physiology-Lung, Cellular and Molecular Physiology in 2013.

With a prosperous and rewarding career at hand — one that she attributes to her work ethic, her passion for the field and her wonderful mentorships — Dr. Alvira plans to continue to excel in her career by harvesting a personal and professional career growth. She plans to continue to fuel her passion for research by expanding the research program at Stanford University School of Medicine.

Assistant Professor of Pediatrics at Stanford University School of Medicine