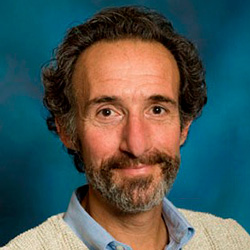 The American Health Council has warmly welcomed Dr. Daniel Shaw as “Best in Medicine.” Drawing on over 30 years of experience within the sector, Dr. Shaw, from Pittsburgh, Pennsylvania, is highly regarded for his expertise in Developmental Psychopathology, Prevention Science and Interventional Research.

Dr. Shaw first became involved in the profession through the lack of success in treating 10-12 year olds showing serious levels of antisocial behavior. Focusing his studies on parental conflict and child adjustment, Dr Shaw attained his BA from Oberlin College in 1980 and his PHD from the University of Virginia in 1988.

Currently, Dr. Shaw upholds the position position of Distinguished Professor of Psychology at the University of Pittsburgh and has served here for the past 31 years. His day to day responsibilities include research focused on the development and prevention of early conduct problems, mentoring graduate, undergraduate, and post-doctoral trainees, and classroom teaching.

The Pitt Parents and Children Laboratory (PPCL) is located within the Department of Psychology at the University of Pittsburgh. The primary goal of the PPCL is to advance understanding of vulnerability and resilience among children at-risk for maladaptive psychosocial outcomes. Current projects include basic research on the development of children’s conduct and emotional problems, and applied research studying the efficacy of interventions to prevent the development of problem behavior in early childhood and early adolescence. At a broader level, their research seeks to promote school readiness and mental health in children, by enriching their understanding of basic processes in early childhood that lead to maladaptive outcomes, and by developing new methods for preventing the onset and/or exacerbation of early problem behavior. The PPCL was established in 2000 within the Department of Psychology at the University of Pittsburgh. Led by Dr. Daniel Shaw, the PPCL is currently involved in three ongoing projects funded by the National Institutes of Health.

Dr. Shaw also directs the Center for Parents and Children (CPS), housed in the Department of Psychology at the University of Pittsburgh. The CPC represents the prevention and clinical arm of Dr. Shaw’s work, engaging community and state agencies serving under-served families with young children to promote the use of evidence-based screening and intervention methods. Past and ongoing collaborations have included collaborations with such community agencies as Women, Infants, and Children Nutritional Supplement centers (WIC), Early Head Start, Head Start, Early Intervention, and Family Support Centers in Western Pennsylvania.

Major products and services provided include: developing screening and intervention tools to prevention early-emerging child conduct problems, and identifying novel platforms for testing and implementing the use of family-centered interventions during transition points of child development.

Reflecting on his career to date, Dr. Shaw attributes his success to his hard work and perseverance, and having a passion for the field. He is proud to have published over 300 peer reviewed articles and is the recipient of numerous awards including; a Robert B. Cairns Award for Contributions to Developmental Science – Consortium on Human Development at the University of North Carolina, a Friend of Early Career Preventionist Network Award – Society for Prevention Research, Research Scientist Award (K2) – National Institute of Mental Health, Senior Research Scientist Award (K5) – National Institute on Drug Abuse, and the Boyd R. McCandless Young Scientist Award, Division 7 (Developmental) – American Psychological Association.

Professional goals for the next five years include finding new platforms to test and implement the Family Check-Up and other family-based intervention programs in Pittsburgh, other regions of the state of Pennsylvania, the US, and internationally.

Outside of work, Dr. Shaw enjoys photography and music during his free time. Through his work at the CPC, he also contributes time to promote the use of evidence-based assessment and intervention approaches at multiple community agencies serving low-income families in the Pittsburgh community.

Source: The Pitt Parents and Children Laboratory/ The University of Pittsburgh