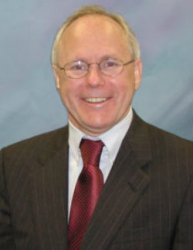 The American Health Council has proudly appointed Dr. David Neff, D.O., as “Best in Medicine” in recognition of his outstanding contributions to the field during his impressive career, which has spanned almost four decades.

Dr. Neff became involved in his profession due to an early experience that inspired him. At the age of 16, he needed a bone biopsy that could have potentially lead to an amputation. He was so impressed with the level of care he received that he felt compelled to give back the same. His guidance counselor at school also encouraged him to pursue a career in medicine, and this gave Dr. Neff further clarification that this was the right path for him to follow.

Having studied for his DO in Osteopathic Medicine at the Michigan State College of Osteopathic Medicine, which he completed in 1980.  Dr. Neff currently holds the position of Chief Medical Director at RediCare Okemos & Grand River Family Care. The clinic at RediCare Okemos handles urgent and primary care needs of patients with a strong commitment and reputation for providing quick, convenient, and quality care to both the Okemos and Lansing communities.  On a daily basis, Dr. Neff assumes great responsibility as Chief Operating Officer by overseeing the healthcare facility in order to ensure that patient medical needs are being satisfied while maintaining the highest levels of safety and quality.

Looking back at his many achievements to date, Dr. Neff attributes his success to his mentors that helped him along the way, as well as his high school guidance counselor who encouraged him to succeed in medicine. He also cites his family- wife, Elizabeth and three kids, Jason, Megan, and Adam, as one his greatest achievements. Goals within the next 5 years include playing a major role in advancing the health and welfare provision in the Michigan area.

When not busy working, Dr. Neff enjoys playing golf and downhill skiing. He is also a Board member at the Care Free Clinic in Lansing, MI; a role he finds extremely rewarding.