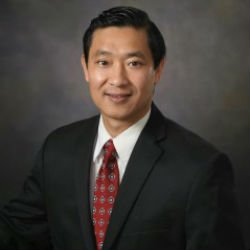 The American Health Council has elected David Taing, MD, DC, CAQSM, to its Board of Physicians. He is currently a Hospital-Employed Physician and Medical Director of two skilled nursing facilities at the Northwest Florida Community Hospital in Chipley, Fla., and has held his role for six years. Dr. Taing has spent 15 years in the healthcare industry, providing extensive knowledge and expertise in Family Medicine and Sports Medicine involving Non-Operative Orthopedic Conditions, Cortisone Injections, and Fracture Management.

Dr. Taing’s interest in the medical field began when he was just a child. He was born in Battambang, Cambodia, and was frequently ill throughout his childhood. At 6 years old, while at a Thailand refugee camp, he was sponsored by a Christian-American family from Massachusetts and relocated to the United States. He was immediately immunized upon his arrival in the U.S., and after multiple treatments, he recovered from his recurring illnesses. Although his illnesses were difficult, the experience made him realize that he wanted to pursue a career in medicine to thank doctors and nurses who helped him recover when he was most in need.

Dr. Taing’s began his rigorous academic training at Tufts University and earned a bachelor’s degree in biology and environmental studies in 1994. He then pursued his doctorate in chiropractic at the Palmer College of Chiropractic’s West Campus in 1997, and finally earned his medical degree at St. Matthew’s University School of Medicine in 2002, where he primarily focused on family medicine, sports medicine, and chiropractic care.

At the Northwest Florida Community Hospital, Dr. Taing provides services in the family and sports medicine sector of the clinic daily. Several doctors and ER physicians often consult Dr. Taing regarding fracture injuries, treatment and management. He also spends each day with his patients, tending to their injuries, including bone issues and fractures.

Among his many accomplishments, Dr. Taing was the recipient of America’s Top Family Doctors Award in 2009 and 2010 from the Consumer’s Research Council of America. He was named Family Medicine Resident of the Year in 2006 by the South Carolina Academy of Family Physicians and received the Team Physician Award from the Albany State University Golden Rams. He also served as a team physician for several local Florida high school teams such as the Chipley Tigers and Vernon Yellow Jackets. He even had the opportunity to work professionally with the Atlanta Falcons, the World Wrestling Entertainment, and the Association of Volleyball Professionals. Although Dr. Taing’s list of awards continues to grow, his greatest accomplishment has been his marriage to his wife, Marlene, and having the experience of raising their 3-year-old son, Matthew, together. Additionally, Dr. Taing is incredibly proud of his mission trips to Haiti, as he often devotes his time to aid others.

In his spare time, Dr. Taing enjoys running, reading, traveling, fishing, and other sports such as table tennis, basketball, and football. Within the next few years, Dr. Taing plans to focus on the growth of his practice. He wishes to further advance himself and his clinic so that they may produce the excellent quality health care he believes his patients are entitled to.