The American Health Council proudly welcomes Domenico Calcaterra, MD, PhD, FACS, FCCP, FACC, to its Board of Physicians. Dr. Calcaterra has been the Chief of Cardiac Surgery at Hennepin Medical Center for the past three years and an Associate Professor of Surgery at the University of Minnesota. He is also a Founder and Board Director member for the Miami Scientific Italian Community (MSIC). He has been employed by Allina Health for the past three years and has contributed 25 years of experience in Cardiovascular Care to the healthcare industry. He will be sharing his extensive knowledge and expertise in Adult Cardiac Surgery, consisting of Off-Pump Coronary Artery Revascularization, Minimally Invasive Valve Surgery, Extracorporeal Membrane Oxygenation (EMCO) and Blood Conservation; Aortic Root and Aortic Arch Surgery, Thoracoabdominal Aortic Replacement, and Endovascular Aortic Repair.

With a passionate interest in physiology and cardiovascular care, Domenico Calcaterra chose to be in the medical field to satisfy his fascination with the elegance and ingenuity of cardiac surgery. His education began at the University of Rome in Italy, where he pursued his Degree in Medicine, graduating Magna Cum Laude in 1992. Following his graduation, he enlisted in the Italian Navy as a Medical Lieutenant. Once his service was completed, Dr. Calcaterra accepted an offer of Residency in General Surgery with the same university after earning his medical degree. After completing his General Surgery residency in 1997, Dr. Calcaterra began working on a research project involving the implications of dialysis on a surgical patient. In 1999 Dr. Calcaterra moved the US to accept a Research Fellowship at the Colon and Rectal Clinic located at the Orlando Regional Medical Center in Orlando, Florida. Following that position, he became a Clinical Fellow of Advanced GI Surgery at Brown University. At that time, Dr. Calcaterra completed the work on the research project he began while he was still attending the University of Rome and he discussed his Ph.D. thesis in the year 2000. He returned to the Orlando Regional Medical Center as a Resident in General Surgery in July of 2000. His Residency would continue at the Hospital of Saint Raphael, Yale University School of Medicine in 2001. Four years later, Dr. Calcaterra would accept a Fellowship in Cardiothoracic Surgery at the University of Miami and would resume in that role until 2007. Following that position, Dr. Calcaterra completed a Fellowship at Baylor College of Medicine in Houston, Texas for Surgery of the Aorta and Aortic Valve before accepting his first Academic Position, as an Assistant Professor of Surgery in the Department of Cardiothoracic Surgery at the University of Iowa, In Iowa City, IA, USA.

While earning his vast educational background, Dr. Calcaterra earned several certifications pertaining to his specialization in Cardiac Surgery. He gained Medical Licensure from Minnesota, Florida, Indiana, and Iowa. He was given his U.S. Medical License in 1998. He was specialized in Advanced Trauma Operative Management in 2004 and Fundamental Critical Care Support in 2005. He obtained Board Certification in General Surgery in 2005 and Board Certification in Cardiothoracic Surgery in 2007. He became Fellow of the American College of Surgeons in 2010.

Dr. Calcaterra is also known as a mentor and educator, that has written several revered curriculum development pieces, for many medical professionals that are well-respected in the healthcare industry and has trained dozens of medical students and residents in General and Cardiac Surgery.

In holding such a rich background in medicine, Dr. Calcaterra credits his accomplishments to his passion for surgery. He is thankful to have been brought up with strong moral values. He is also grateful for his own sense of hard work and dedication.

The extensive research Dr. Calcaterra has done in the field of Aortic Pathologies has been presented to several prominent National and International Scientific Conventions. He is most proud of this research and the studies he has done on Computational Fluid Dynamics and the treatment of Aortic Dissections. Dr. Calcaterra recently took part in a data study done with the use of Baxter’s FLOSEAL, a cost-effective tool for controlling bleeding during cardiac surgery. His research concluded that the use of this tool may contribute to significant cost savings for hospitals. He has spent time developing a simulation model for teaching and practicing the Systematic Team-Approach to Cardiopulmonary Resuscitation and captured video-atlas of a Cardiothoracic Surgical Technique in collaboration with the Miami Scientific Italian Community. He also worked on developing a new Classification Grading System correlating the severity of the Traumatic Aortic Injury with the characteristics of clinical presentation. He conducted an evaluation of the distribution of aortic blood flow in the true and false lumen of type B dissections using Computational Fluid Dynamics at the Minneapolis Heart Institute in collaboration with the University of Iowa’s School of Biomedical Engineering. Dr. Calcaterra has been accredited with many other advancements in medicine regarding Cardiothoracic Research and other related fields in Medicine. He has also completed several research grants and fellowships for a number of clinical practices and universities.

Dr. Calcaterra has also authored and co-authored several peer-reviewed articles on different procedures that pertain to various conditions of the heart. Some of his works include D. Calcaterra, M. Ricci, TA. Salerno. “A new technique for perfusion of the heart during aortic valvular surgery on beating heart”. J. Card. Surg. 22:459-464, 2007. D. Calcaterra, T.A. Salerno. “Venous gaseous embolization during endoscopic vein harvesting for coronary artery revascularization. A life-threatening event”. Also, among others, he has published as the main author, “Anterior chest ecchymosis from complicated descending thoracic aortic aneurysm” Cardiothoracic Surg. 2011; 40:28-29, “Endovascular stent grafting of complicated type-B dissection with approach through the innominate artery using a side branch graft”. Interact Cardiovasc. Thoracic Surgery 2011; 13:205-207, “Ascending aortic graft thrombosis and diffuse embolization from early endoluminal aspergillus infection”. Ann Thoracic Surg. 2012;94 1337, “Importance of blood conservation in cardiac surgery and impact on patients refusing blood product transfusions”. (Editorial Article) Blood Disorders Transf. 2012; 3:6, “Computed tomography findings in patient with fungal aortitis: acute aortic syndrome secondary to fusariosis”. Interactive Cardiovascular Thoracic. Surg. 2013:1-2, “Normothermic cardio-pulmonary by-pass with beating heart for management of Renal Cell Carcinoma with atrial tumor thrombus. Innovations 8:316-319, 2013, “Exposure of difficult left hilum in bilateral sequential lung transplantation. Ann. Thoracic Surg. 2014; 98:1493-5, “Technique of aortic root reconstruction using a new model of Dacron graft with prefabricated coronary branches. Innovations 2014; 9:451-453, “Navigating the fine line between the bad and the worse: The issue is not in the number, and the message is not “All or Nothing”. Cardiothoracic Vascular Anesthesia. 2016; 30(5):1159-62, “Aortic Root Reconstruction with a new Dacron graft featuring Prefabricated coronary side branches”. Aorta, 2017;5:1-10, “Cost-consequence analysis of different active flowable hemostatic matrices in cardiac surgical procedures”. J. Med Econ. 2017; 20:565-73, “The physiologic principles of permissive anemia”. Anesthesia Critical Care Open Access: 00292. DO. Dr. Calcaterra has also authored several medical abstracts and given oral presentations to several international conferences such as: “Computational Fluid Dynamics Assessment of Type-B Dissections as a tool to Predict Evolution of the Disease and Indicate Therapeutic Strategy”, which has been presented at the Centennial National Meeting of the American Association for Thoracic Surgery in Boston MA, April 29-May 3, 2017 and, “The clinical value of computational fluid dynamics in the management of aortic pathologies: looking beyond the experimental application”, which will be presented at the 54th Annual Meeting of the Society of Thoracic Surgery in Fort Lauderdale, FL, January 27-31, 2018.

Several awards have been presented to Dr. Calcaterra for his brilliance in the field of Cardiac Surgery and Cardiology. The awards he has received for his work include the Ettore Ruggeri Award which was granted by the Italian Society of Surgery in 1993 and The Trauma Award which was given to him by the Connecticut Chapter of the American College of Surgeons in 2003. He was also named “Fellow of the Year” by the University of Miami, Miller School of Medicine in 2006 and 2007. He was also given Minnesota’s Best Doctor Award, which he received in 2016 and 2017. His clinical achievements include the Initiation and Development of V-V and V-A ECMO Program with an 80 to 90 % survival rate at Hennepin Medical Center starting in 2015 and the development of an Aortic Program with Complex Aortic Surgery and Endovascular Procedures at the University of Iowa in 2008.

He hopes to continue his research and work within the medical field. His goal is to improve the quality of care he gives his patients each day, as seeing them endure a safe and speedy recovery is the most important part of his profession.

When he is not in the operating room, Dr. Calcaterra enjoys playing soccer, running, and skiing. He also appreciates visiting art museums and listening to Opera. 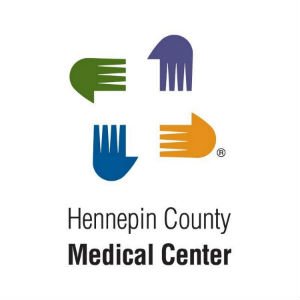 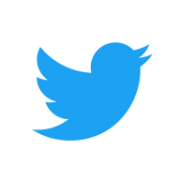