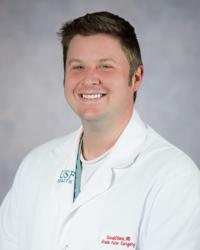 The American Health Council elected Donald Davis, MD as “Best in Medicine” for his outstanding extensive knowledge and practice in the medical field. As an assistant professor of surgery at the University of South Florida Morsani College of Medicine (USFMCM)— a role he has held for the last five years — Dr. Davis bestows his comprehensive medical knowledge on the next generation of doctors. He maintains an active schedule as he also serves as an acute care surgeon at Tampa General Hospital, where he practices his skills in Acute Surgery, General Surgery and Critical Care. Dr. Davis’s work ethic helped him launch a successful 11-year career in the healthcare industry.

When Dr. Davis was young, he suffered from a few health issues that required him to visit his family physician. His medical experiences — along with his parents’ yearn for him to pursue a prestigious career — inspired him to seek a profession in the healthcare field. He earned a bachelor’s degree in 1999 from Mercer University in chemistry and Christianity, and later enrolled at USFMCM, where he earned his Doctor of Medicine degree in 2006. From 2006-12, Dr. Davis completed a general surgery residency program at the same institution, and became board-certified upon the completion of the program. While completing his residency, the institution offered him a surgical critical care fellowship, which he completed in 2009.

Years of grueling academic training reached fruition when Dr. Davis became an assistant professor of trauma and acute care surgery at USFMCM in mid-2013, while simultaneously operating an elective general practice run through USF Physicians Group. As an acute care surgeon at Tampa General Hospital, Dr. Davis works as a trauma surgeon at a Level I trauma center, and as a general surgeon specializing in complex general surgery cases transferred to the tertiary referral center. He also works as a critical care physician, and serves as the director of Tampa General Hospital’s Surgical Intensive Care Unit General Surgery.

Dr. Davis credits his booming career to his parents, who provided him with a rewarding childhood. They encouraged him to reach his goals, and pushed him to further mold his skills. He is extremely proud to serve as the assistant program director of the residency program and director of surgical critical care fellowship at USF. In Dec. 2016, he published a chapter in “Cameron’s Surgical Therapy” on acute pancreatitis, and crafted multiple publications in medical journals, including the Journal of the American College of Surgeons. Dr. Davis has participated in multiple presentations at national surgical conventions, sharing his expertise with scholars and medical experts alike.

To continue to evolve intellectually, Dr. Davis is a member of the American College of Surgeons, where he both learns from and educates others in his respective field. He was recognized by the Gold Humanism Honor Society, an organization that recognizes exemplary students, faculty and residents who serve as role models to others in their field. He volunteers his efforts to the Sacred Heart Catholic Church, and enjoys golfing and fishing during his free time. Although he is a highly-accomplished medical expert, Dr. Davis considers his marriage to his high-school sweetheart his greatest accomplishment. Together, they have four children whom Dr. Davis is proud to raise each day. He hopes to continue to excel in his field and progress his abilities, while maintaining a work-life balance. He plans to become a professor of surgery in the future. 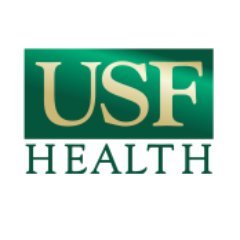