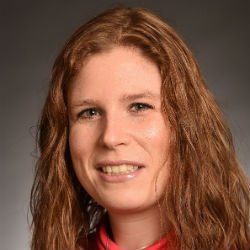 Dr. DonnaMaria E. Cortezzo, Attending Neonatologist and Pediatric Palliative Care Provider at Cincinnati Children’s Hospital Medical Center and Assistant Professor at the University of Cincinnati – Department of Pediatrics and Anesthesia has been recognized as a “Leader in Medicine” among “America’s Best Doctors” for 2017. She will be sharing her knowledge and expertise on Neonatology, Neonatal – Perinatal Palliative Care. and Neonatal Pain/ Sedation Management.

Board Certified through the American Board of Pediatrics in Hospice and Palliative Medicine, Pediatrics, and Neonatal – Perinatal Medicine, Dr. Cortezzo utilizes her nine years of expertise in the field of Neonatology in her role as an Attending Neonatologist and Pediatric Palliative Care Provider at Cincinnati Children’s Hospital Medical Center and Assistant Professor at the University of Cincinnati – Department of Pediatrics and Anesthesia . In her current capacity, Dr. Cortezzo’s day-to-day responsibilities include clinical care in neonatology and pediatric palliative care and conducting research in neonatal and palliative pain care and neonatal pain management.

Following graduation with a medical degree from the University of Connecticut in 2008, Dr. Cortezzo completed her residency in Pediatrics at the University of Connecticut in 2011 and her fellowship in Neonatal-Perinatal Medicine in 2014 . In 2015, Dr. Cortezzo completed a fellowship in Hospice and Palliative Medicine at the Cincinnati Children’s Hospital Medical Center.

Among her many accolades, Dr. Cortezzo is proud to have been published in bio-chem journals during her residency at the University of Connecticut  and in pediatric journals addressing palliative care.  A recent published article titled, “End of Life Care” draws a comparison between family and provider attitudes in pediatric palliative care. She has spoken at national conferences on neonatal-perinatal palliative care and recently spoke at an ethics conference regarding ethical challenges in conducting invasive research involving the maternal-fetal dyad.

Looking back, Dr. Cortezzo pursued the field of Neonatology after being drawn to the acuity, pathophysiology, procedures, and the ability to connect with families of her patients in neonatology. Seeing the need for palliative medicine in neonatology prompted her to seek out additional training and broaden her career focus.

Considering the future, Dr. Cortezzo hopes to focus on further integrating palliative care in to fetal and neonatal care, improving the approach to pain and sedation management in neonates, and utilizing simulation to teach health care professionals communication skills around difficult conversations.