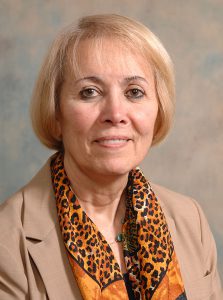 The American Health Council has welcomed Dr. Amina S. Woods, Ph.D.  as ” Best in Medicine” in recognition of her outstanding dedication in the field of Molecular Science Research and Education.

Having accrued over five decades of experience, Dr. Woods is a leading expert in immunology, pharmacology, and scientific research and education. From 1999 until 2021, she served as the director of the structural biology unit at the National Institute on Drug Abuse, part of the National Institutes of Health. In addition, since 2013, she has operated as an adjunct professor in the department of pharmacology and molecular sciences at the Johns Hopkins School of Medicine. Dr. Woods has also maintained her position on the executive advisory board for the department of pediatrics and division of neonatology at the University of Maryland School of Medicine since 2016.

Specializing in researching brain processes and interactions, Dr. Woods has held a number of positions since beginning her career in 1969. After working with the Johns Hopkins Hospital from 1969 until 1972, she joined the Johns Hopkins School of Medicine in 1979 as a laboratory coordinator. She has since subsequently worked with the school in several other positions, including as a postdoctoral fellow, a research associate, and an associate professor. As an educator, she also functioned as a visiting professor at the Taipei Medical University between 2010 and 2013. As part of her dedication in the field, Dr. Woods also remains affiliated with several industry-related organizations, including the American Society for Mass Spectrometry, the Association for Biomolecular Resource Facilities, and the American Chemical Society.

Prior to embarking on her vocational journey, Dr. Woods cultivated her own formal education, beginning with her time at Loyola University Maryland, where she earned a Bachelor of Science in chemistry in 1972. She subsequently continued her studies at the University of Maryland Medical School, where she received a Master of Science in pathology in 1975. She concluded her studies at the Johns Hopkins School of Medicine, where she achieved a PhD in pharmacology in 1992 and completed postdoctoral training in oncology immunology. Well regarded for her professional and academic accomplishments, Dr. Woods has been recognized with several commendations and accolades over the course of her career, including a Woman Scientist Achievement Award in 2011.

Known also for her scholarly output, Dr. Woods has contributed numerous papers to several academic magazines and publications, including the Journal of the American Society for Mass Spectrometry. For her creative endeavors, she was acknowledged with several NIDA Paper of the Month awards. With a longstanding appreciation for the sciences, she firmly believes that everyone should have an understanding of basic chemistry. Over the course of her career, Dr. Woods has attributed much of her success to the love and support of her husband. 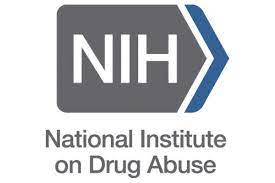