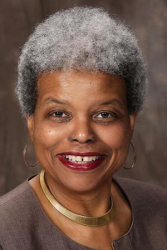 The American Health Council has welcomed Dr. Deborah Ann Turner, MD, JD,  as ” Best in Medicine” in recognition of her extensive experience in the field of Gynecologic Oncology.

Dr. Deborah Turner currently serves an Associate Medical Director of the not-for-profit organization Planned Parenthood.  She holds over 30 years’ experience as a Gynecologist/Oncologist. Deborah attended Iowa State University, completing her undergraduate degree in Pre-Medicine/Pre-Medical Studies. She then attended the University of Iowa where she received her Medical Degree, followed by an Oncology Fellowship at the Anderson Cancer Institute in Houston, Texas. Additionally, Dr. Turner then went on to obtain her Juris Doctor from Drake University. In addition to her various medical degrees, Dr. Turner is certified by the American Board of Obstetrics and Gynecology in Gynecologic Oncology.

Her current organization Planned Parenthood of the Heartland services both men and women in Oklahoma, Iowa, and Nebraska with a full range of reproductive health services throughout a variety of Education Resource Centers and Health Facilities in Omaha, Lincoln, and Des Moines.  Dr. Turner specializes as the primary health services and abortion provider in the Nebraska location. In her previous position, she specialized in Gynecologic Oncology at Mercy Medical Center which is central Iowa’s largest multi-specialty clinic system, offering an array of medical services and programs using state-of-the-art technology for diagnosis and treatment. Performing cancer screenings and identifying disorders of the cervix, vulva, ovaries, vagina, uterus, and endometrial conditions have been just a few of Dr. Turner’s responsibilities as a Gynecologic Oncologist.

In 2000, Dr. Turner became Director of Gynecologic Oncology at Mercy, a position in which she excelled, even as she transitioned to V.P. of International Programs at Outreach Program. In January of 2015, she began the progression from a full-time medical practice to a position as Vice President of International Programs for Outreach Program, where she had previously volunteered as Medical Director.

Outreach Program is a Non-Governmental Organization (NGO) whose focus is addressing hunger, water, medicine and education needs in developing countries. Its international work is currently centered in Tanzania, where Outreach organizes multidisciplinary medical missions twice a year, and has built two children’s centers where children receive meals packaged by Outreach in the US, school uniforms, tutoring and school fee support.  Outreach Program also designs and has installed water systems in many villages.

Dr. Deborah Turner’s deep concern for education and social justice issues have constantly compelled her to make civil responsibility one of her top priorities. Her commitment and drive led Dr. Turner to obtain her law degree by studying nights and weekends while continuing to serve her patients and the community with her medical expertise.

Dr. Turner was nominated a “Local Legend of Medicine” by representative Leonard Boswell (D-IA-3). She was the first African-American woman asked to join a sorority at Iowa State University, as well as the first African-American certified by the American Board of Obstetrics and Gynecology in the specialty of Gynecologic Oncology and hired as a Gynecological Oncologist at several universities; University of Nebraska, University of Iowa and Medical College of Wisconsin. Dr. Turner was the 2015 recipient of the Gertrude Rush Award from the National Bar Association; was recognized as “VIP Woman of the Year” by the N.A.P.W.; served on the Iowa Board of Regents and currently is the Co-President of the League of Women Voters of Iowa. 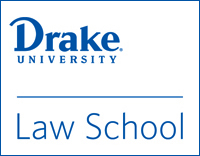