Dr. James Bashkin, of St. Louis, Missouri, has been appointed as “Best in Medicine” by the American Health Council. Dr. Bashkin is a highly acclaimed Professor of Chemistry and Biochemistry and is based at the University of Missouri in St. Louis, a role which he has held for 5 years as part of his 35 year career in research development, primarily in the healthcare and education sectors.

Initially, Dr. Bashkin worked in the pharmaceutical industry, but his passion for chemistry, research and teaching led him to pursue a career in academia. As part of his own education, Dr. Bashkin gained  a BA from the University of California, Irvine in 1977 and followed this with his D.Phil. from Oxford University in 1982. Throughout these programs he specialized in Organometallic Chemistry.

Prior to his position at the University of Missouri between 1982-1984 Dr. Bashkin was a Postdoctoral Fellow at Harvard University with Richard H. Holm and between 1982-1986, he was also a consultant for Arizona Carbon Foil Company. Between 1984-1985, Dr. Bashkin was lucky enough to be a NIH Postdoctoral Fellow at Harvard and from 1985 to 1988, he was a Senior Research Chemist in Corporate Research at Monsanto Company, St. Louis. Following this role, Dr. Bashkin served as Adjunct Professor of Chemistry at Washington University, St. Louis between 1990-1991 whilst also holding the role of Research Specialist in Chemical Sciences in Corporate Research at Monsanto Company from 1988-1991. Between 1991-1999, Dr. Bashkin was Assistant Professor of Chemistry and Member of the Division of Biology and Biomedical Sciences Programs in Molecular Biophysics, Molecular and Cell Biology, and Bio-Organic Chemistry at Washington University, St. Louis. Throughout his career, Dr. Bashkin has refined his expertise in healthcare education, workforce development, business, leadership, management and antiviral chemistry.

The University of Missouri is a public research university at the forefront of innovation, offering a wide variety of undergraduate, graduate and professional programs which are second to none. The faculty are experts in their field who are active within cutting-edge research programs. The staff help students to create valuable relationships that will allow them to assist those around them. The diverse culture of the university allows all students to broaden their horizons. The University has many different specialized courses to provide students with a wealth of expert knowledge. These include Business Administration, Graduate School, Education, Nursing, Optometry, School of Social Work, School of Fine and Performing Arts, Pierre Laclede Honors College and UMSL/WUSTL Joint Engineering Program. The services include Undergraduate education, graduate education, research, and community engagement. The daily tasks of Dr. Bashkin involve conducting research on specific HPV and cervical cancer antiviral drugs as well as teaching and service appointments and speaking opportunities.

Dr. Bashkin has had many successes throughout his career as he was involved in a variety of prominent drug candidate discoveries. In addition, he is the co-founder of an organization called NanoVir, LLC, which is at the forefront of developing and uncovering innovative pharmaceutical agents. He has also set up a chemistry group with substantial funding from both the National Institutes of Health and NanoVir, LLC. Dr. Bashkin was proud to share the Presidential Green Chemistry Challenge Award in 1998 for a new clean and efficient way to prepare a Rubber Additive used worldwide by the automobile tire industry. In addition, Dr. Bashkin was proud to feature on the NSF SBIR Review panel in 1991 and 2007 and worked on canvassing/selection committees between 2000-7 for an ACS National Award. As part of this he was chair between 2002-3 and selection chair 2006-7. Furthermore, he served on the selection committee for the Presidential Green Challenge Award from 2001-3. He also received the Thomas and Hochwalt Medal (Monsanto’s Science and Technology Prize) in 1994 and was vice-chair 2000 of the Gordon Research Conference on “Green Chemistry” before moving to Co-chair in 2002. He also has editorial experience as he was associate editor of Green Chemistry (Royal Society of Chemistry) between 1999-2002 and guest editor of “Glycobiology and Carbohydrate Chemistry” for the journal Chemical Reviews in 2000, where he served on the Editorial Advisory Board from 1991-2014. Dr. Bashkin credits his success to his wide knowledge of both chemistry and biology and his refined communication skills.

To share his knowledge and further his own, Dr. Bashkin is a member of the American Chemical Society and the American Association for the Advancement of Science and the Biophysical Society. In the next five years, Dr. Bashkin would like to be involved in transitioning his discoveries and developments to clinical trials. 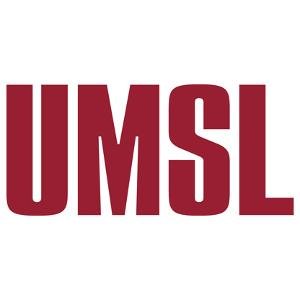 Professor of Chemistry & Biochemistry at University of Missouri St. Louis