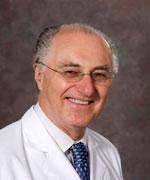 Dr. Uppington graduated with his M.B.B.S from The London Hospital Medical School in 1971. This was followed by a medical internship and two residencies at United Bath Hospitals. The initial residency was in Anesthesia from 1972-1973, followed by a two additional years in General Medicine, Psychiatry, Gynecology, and Obstetrics.

Among the many places Dr. Jeffrey Uppington’s career has brought his contributions to include Massachusetts General Hospital, Beth Israel Hospital, and the Harvard System. He currently resides at the UC Davis Medical Center.