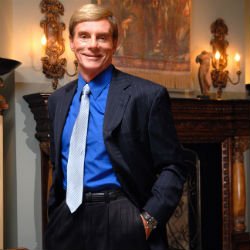 Dr. Mark Houston has been warmly welcomed as “Best in Medicine” by the American Health Council in acknowledgement of his extensive work and commitment in the industry over his long career in Medicine.

The University provides services and researches into Healthcare, Medicine, Preventative Medicine, Human Nutrition and Lipedema.
It has been Dr. Houston’s ambition and dream to become a physician since the age of 6 years old. His success has come from hard work, never giving up, advocating to families and always doing the right thing. He was the first physician of his family.

Throughout his career, Dr. Houston has become an expert is a variety of areas. His expertise are ,Hypertension,Integrative and Preventive Cardiovascular Medicine, General Internal Medicine, Dyslipidemia, Vascular Aging, Vascular Biology, Metabolic and Functional Medicine, and Human Nutrition. He is a diplomate of the American Board of Cardiology in Hypertension. On a daily basis, Dr. Houston’s responsibilities include nutrition research, pharmaceutical research, consultation duties, cardiovascular and hypertension care, and serving as the director of the Hypertension Institute and Division of Human Nutrition at Saint Thomas Medical Group in Nashville, TN.. Beyond patient care, Dr. Houston has presented over 10,000 lectures and published over 200 articles in peer-reviewed medical journals.

As well as professional accomplishments, he has been awarded for his professional efforts during his career..Dr Houston was selected as one of the Top Physicians in Hypertension in the US in 2008-2014 by the Consumer Research Council, He was also honored by USA Today as one of the Most Influential Doctors in the US in both Hypertension and Hyperlipidemia twice in 2009- 2010. He was selected as The Patient’s Choice Award in 2010 -2012 by Consumer Reports USA. He was selected one of the Top 100 physicians in the US by the American Health Council in 2017 and one of the Top 50 Functional and Integrative Medical Doctors in the USA in August 2017. He was also selected as America’s Best Physicians in Cardiology 2018 by the National Consumer Advisory Board. Additionally, he is a fellow in the American College of Physicians (FACP), fellow of the National Council on High Blood Pressure and fellow of the American Heart Association (FAHA.) and Fellow of the American Society of Hypertension (FASH).

Dr. Houston also holds the following appointments: Associate Clinical Professor of Medicine, Vanderbilt University School of Medicine 1990-2012), Director of the Hypertension Institute, Vascular Biology and the Life Extension Institute, Saint Thomas Medical Group, Saint Thomas Hospital and Health Services in Nashville, Tennessee.
Furthermore, he is a Medical Director of Clinical Research, Section Chief of the Division of Nutrition, and Director of CME in the Hypertension Institute, former Editor-in-Chief for JANA (Journal of the American Nutraceutical Association), Author of the following best-selling books: The Handbook of Antihypertensive Therapy, Vascular Biology for the Clinician, What Your Doctor May Not Tell You About Hypertension, Hypertension Handbook for Students and Clinicians, the Hypertension Handbook and What Your Doctor May Not Tell You About Heart Disease and Personalized and Precision Integrative Cardiovascular Medicine.

Over the next five years, Dr. Houston aims to continue developing his contributions and knowledge to the field in order to leave behind a legacy for the future generation of physicians.

In his spare time, Dr. Houston enjoys spending time with his wife and four children. He is proud to have the support of his family. He enjoys leading an active lifestyle that includes activities like hiking, boating, water skiing, playing tennis and gardening.