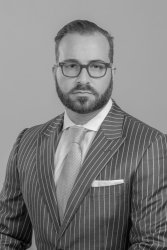 The American Health Council appointed Elias Chousleb, MD, FACS as Best in Medicine for his outstanding contributions to the medical field. Currently a surgeon at The Gastric Sleeve Center at Jackson North Medical Center, in the Jackson Medical Group — a network in the Jackson Health System — in Florida, Dr. Chousleb also holds the positions of associate chief of bariatric surgery and medical director of The Gastric Sleeve Center. Since entering the healthcare industry over seven years ago, Dr. Chousleb has expanded his skills and knowledge in medicine, bariatric surgery, minimally-invasive surgery, gastrectomy and solid organ surgery.

Hailing from a family of surgeons, Dr. Chousleb grew up watching minimally-invasive surgeries from afar. He decided to follow his family member’s footsteps and pursued a career in the medical field. He enrolled at Anahuac University in Mexico City to pursue a medical degree. During his time as a medical student, he participated in the University of Miami William J. Harrington Program for Latin America and served as an instructor for the Karl Storz Surgical British Cowdray Hospital in Mexico City. He graduated from Anahuac University with honors in the top two percent of his class and immediately relocated to New York, where he completed a general surgery residency at the New York Hospital Queens. He was named Resident of the Year during his chief resident year. He later completed a minimally-invasive and bariatric surgery fellowship at Cleveland Clinic in Florida. He is board certified in general surgery from the American Board of Surgery and from the Consejo Mexicano Cirugia General.

He developed the Course Laparoscopia Avanzada Basic LAP alongside renowned surgeons in the field. It is used to teach laparoscopy skills in Latin America and Europe under the support of the Latin American Federation of Surgery. At The Gastric Sleeve Center, Dr. Chousleb oversees the medical staff while performing clinical duties in the digestive surgery practice. He is involved in the executive committee meetings and decisions. Additionally, he serves as chair of the Young Fellows Association for the Florida Chapter of the American College of Surgeons.

Throughout his career, Dr. Chousleb participated in multiple international meetings. He published a book, wrote over 16 book chapters and several peer-reviewed papers on minimally-invasive surgery, bariatric surgery and surgical teaching and education. He served twice on the Organizing Committee of the World Congress of Endoscopic Surgery. Currently, he is a member of the American Society of Metabolic and Bariatric Surgery, is on the editorial board of Revista Bariatrica & Metabolica Iberoamericana, is a member of the American College of Surgeons and the Society of Gastrointestinal Endoscopic Surgeons.

In his free time, Dr. Chousleb enjoys exercising, playing water sports and spending time with his 2-year-old and 4-year-old children. With a successful career at hand — one that he attributes to his passion, education and devotion to performing surgeries — Dr. Chousleb plans to double The Gastric Sleeve Center’s volume based on good outcomes. He would like the center to be viewed as a large facility. Above all, he looks forward to keeping up with new trends and delivering excellence in patient care.