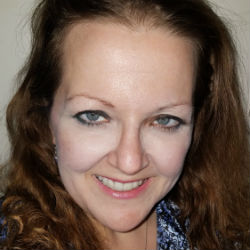 The American Health Council appointed Erin Engel, DPM to its Board of Physicians for her outstanding contributions to the medical field. A podiatrist at Mobile Care Group in Tipp City, Ohio, Dr. Engel provides facility-bound residents with the full scope of podiatric services, including wound care, diabetic foot care, musculoskeletal injury care, neurovascular and dermatological care, post-surgical care and preventative podiatric maintenance. While she has held her current role for three years, Dr. Engel has spent 11 years in the healthcare industry expanding her skills and knowledge in podiatry.

Dr. Engel’s career began at Dixie Dooley & Associates, where she served as an associate podiatrist in 2006. After departing from the latter, she founded her practice, Erin B. Engel, DPM, LLC in 2007 and has treated countless patients since. She continued to expand her skills while serving as a private contractor podiatrist for Walnut Creek, Greenbriar and Hawthorn Glen Nursing Homes that same year. In 2010, she accepted a private contractor podiatrist role at Spring Hills Assisted Living of Middletown, where she continues to deliver care to patients. After departing from Walnut Creek, Greenbriar and Hawthorn Glenn Nursing Homes in 2013, Dr. Engel served as an associate podiatrist at Sunshein Podiatry until her departure in 2015. That same year, she began a podiatrist role at Mobile Care Group, where she continues to work in mobile podiatry.

While providing high-quality care to her patients, Dr. Engel dedicated a portion of her time to the Ground Zero rescue efforts. She received the Ground Zero Volunteer Service Award in 2002. The following year, she participated in the Top Medicine and Family Practice Case Presentation and earned a Research Commendation in 2004. She has authored several research projects, including “Leiomyosarcoma of the Foot: A Case Study” in 2005 and “Bilateral Brachymetatarsia of the First Metatarsal: A Case Study,” both of which were published in the Journal of the American Podiatric Medical Association, the official journal of the American Podiatric Medical Association.

Dr. Engel is a member of several professional associations, including the American Podiatric Medical Association, the Ohio Foot and Ankle Medical Association, the Midwest Podiatry Academy of Ohio and the Christian Medical and Dental Society. She served as a board member of the St. Elizabeth’s New Life Group from 2008 to 2009 and member and secretary of the Grace Community Church Stewardship Committee from 2007 to 2010. In her free time, she enjoys archery, woodworking, storm-chasing, remodeling, playing the piano and hiking. She also enjoys contributing to animal rescue organizations, local food pantries and nursing homes.

Attributing her success to her faith, her empathy and compassion for others, Dr. Engel is proud to be blessed with a wonderful family, including her husband, three young daughters, a Siamese cat and a German Shepherd. Over the next five years, Dr. Engel would like to see a broad availability of medical services provided to nursing home residents and home-limited patients who otherwise would not qualify for such services.