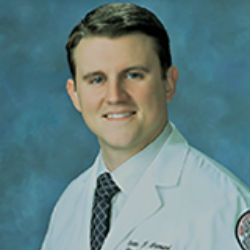 The American Health Council selected Evan Leonard, MS, MMS, PA-C to its Board of Physicians for his outstanding contributions to the medical field. An assistant professor and clinical physician assistant at Nova Southeastern University in Jacksonville, Fla., Mr. Leonard instructs students on medicine, surgery, pathophysiology, physical diagnosis, clinical procedures, surgical skills and anatomy. While he has held his current role for over six months, he has spent the last four years in the healthcare industry expanding his skills and expertise in interprofessional education and human developmental anatomy.

Originally from Florida’s west coast, Mr. Leonard enlisted in the U.S. Marine Corps reserves in 2004. While in the military, he worked with a naval medical unit where he experienced hands-on training by Navy corpsmen. The experience sparked an interest in the sciences, nutrition, biochemistry and cellular biology. Fascinated by the human body, Mr. Leonard decided to pursue a career that coupled his newfound love for medicine and his drive to help others. He enrolled at the University of Miami and earned a bachelor’s degree in biology in 2010. The following year, he completed his master’s degree in anatomy at Barry University, with a focus in human developmental anatomy. By 2014, he earned a Master of Medical Science degree from the Nova Southeastern University’s Physician Assistant Program, and immediately worked in family medicine at the University of Florida Health, while also practicing at an urgent care clinic.

While working at the University of Florida Health, Mr. Leonard crafted and published case reports on cardiovascular topics as well as his findings from medical missions to Africa. By 2016, he moved on to the university’s emergency department, where he practiced emergency medicine. The following year, he accepted a guest lecture role at Nova Southeastern University, and later, decided to accept a full-time role at the university as an assistant professor. In order to prepare his students for success, Mr. Leonard crafts and delivers lectures as well as conduct anatomy and physical diagnosis labs.

Mr. Leonard attributes his success to a myriad of factors, first starting with his parents, who both inspired his passion for learning. His father is a podiatrist and his mother helped manage his practice but decided to stay at home full-time to care for him in his formative years. She taught Mr. Leonard manners, morals and etiquette. Once he enlisted in the military, his training fine-tuned his discipline. This combination was the perfect mixture for Mr. Leonard’s success. He plans to continue to excel his career as he is currently working on his doctorate in medical science with a research focus on medical education. After completing his doctorate in 2019, he plans to work four days a week in an academic setting and one day a week in a clinical setting. He plans to continue to conduct research and hopes to receive the title of associate professor. He also plans to help improve the education he gives to his students and make an exponential impact on their careers.