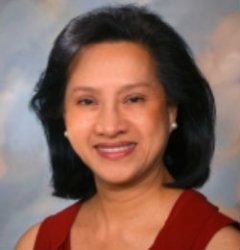 The American Health Council is honored to recognize Evelyn Valencerina Gopez, MD as “Best in Medicine” for her dedication and passion to improve medical academic education through her position as the Associate Dean of Education, Inclusion and Outreach at the University of Utah School of Medicine in Salt Lake City, Utah. While she has held that role for over eight years, Dr. Gopez has spent 40 years expanding her skills and education in pap smears, cytopathology and pathology and anatomical.

Dr. Gopez’s medical pursuit began at the University of Santo Tomas in Manila, Philippines, where she earned both a bachelor’s degree and later, a medical degree in 1979. She completed an anatomic pathology residency at the same institution, and a psychiatry internship at Harvard Medical School.

She later completed a second residency in anatomic and clinical pathology at Berkshire Medical Center, and worked toward becoming a chief resident at the medical center. Finally, she completed a cytopathology and surgical pathology fellowship at the University of Pennsylvania and after receiving an anatomic and clinical board certification, with a cytopathology subspecialty from the American Board of Pathology, Dr. Gopez served as a Professor of Pathology at the University of Utah, assumed an administrative role as Residency Program Director for seven years, served as the Cytology Laboratory Director and Cytopathology Fellowship Director for two years.

Eventually working her way toward becoming Associate Dean of Education, Inclusion and Outreach at the University of Utah School of Medicine, Dr. Gopez teaches fellows and residents, coordinates outreach programs for underserved areas, teaches science and health care and conducts research. She is also responsible for assisting in clinics, where medical students are supervised by attending physicians. She also staffs Radiology-guided fine needle aspiration biopsies while overseeing the cytology practice at the ARUP Laboratories in Salt Lake City. Additionally, Dr. Gopez performs fine-needle aspiration biopsy on out-patient and in-house patients and is also involved at the University of Utah’s Cytotechnology and School of Medicine Mentorship programs.

Among her many accomplishments, Dr. Gopez is most proud to have written over 20 peer-reviewed publications throughout the course of her career, many of which detail Radiology-guided fine needle aspiration biopsies and other related topics. She is also very proud to have received the Healthcare Heroes Award in 2015. To continue to evolve, she is a member of the Association of American Medical Collegesand the College of American Pathologists.

In her free time, Dr. Gopez enjoys reading and coordinating outreach programs, as well as spending time with her three children. With a successful career at hand, she attributes her achievements to her strong work ethic and always performing tasks to the best of her abilities. She plans to maintain her success by continuing to expand her knowledge and skills throughout the course of her career. 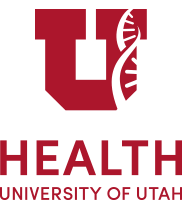 Former Associate Dean of Education, Inclusion and Outreach at the University of Utah School of Medicine