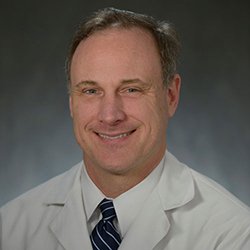 Dr. G. Russell Huffman, MD, MPH has honored by the American Health Council as “Best in Medicine.” Dr. Huffman is an associate professor and director of the Shoulder and Elbow Fellowship Program at the highly acclaimed University of Pennsylvania. He has been working in the healthcare industry for 20 years with seven of those working as fellowship director.

Dr. Huffman received his BS from Davidson College in 1992 and then graduated from John Hopkins University in 1997 with his MPH. Following on from this, he secured his MD from Duke University School of Medicine in 1998. He has also completed a residency in orthopaedic surgery at the University of California, San Francisco between 1998-2003. In addition he also completed a sports, shoulder and elbow fellowship at the University of Southern California between 2003-2004 and was a shoulder and elbow visiting fellow at the Mayo Clinic, Rochester in 2004. Overall, his major area of study was orthopedic surgery and he is board certified in this field. His innate interest for shoulder injuries inspired him to pursue his current role and he enjoys solving complex surgical issues and technical challenges.

The University of Pennsylvania, established in 1765, is home to one of the most prestigious research-focused medical schools in the United States, which consistently ranks highly in US and world rankings. The university continues to retain its traditional features and takes pride in its past but always takes on new medical evolutions in technology to provide students with the most up to date information and opportunities. The university holds a prominent place in the community and is passionate about assisting others through teaching future pioneers in the medical sector. The education provided to students and the care and respect given to patients are second to none. Education, medicine, medicine surgery and orthopedic surgery are specialisms held by the University of Pennsylvania.

Dr. Huffman is proud to have received many professional awards and honors throughout his career. These include the Jesse T. Nicholson Award for Outstanding Teaching in the Department of Orthopaedic Surgery at the University of Pennsylvania in both 2013 and 2018, and Main Line Today Top Doctor 2012 and 2017. He was also named the 17th Annual Robert K. Kerlan Lecturer at the University of Southern California in the Department of Orthopaedic Surgery in 2013 and was an invited lecturer in 2012 at the Japanese Orthopaedic Society for Sports Medicine. He also had a traveling fellowship with the Japanese Orthopedic Association in 2010 and was awarded the Charles S. Neer Award for Excellence in Basic Science Shoulder Research in 2006. Furthermore, he received the Richard C. Maurer Award in the UCSF Orthopaedic Surgery Department “for High Ethical Standards, Regard for Patients, Passion for Teaching, and Support to Junior Trainees” in 2001. This supplements his Hewlett Packard Award for outstanding clinical skills in 1998 at Duke University and the Sandy Black Memorial Award at Davidson College in 1991. He is takes immense pride in his role as a national and international speaker on sports, shoulder and elbow surgery.

Over the next five years, Dr. Huffman wants to educate more future shoulder and elbow surgeons. He is also passionate about creating sustainable care systems in developing countries and would like to work with other physicians on an international scale to achieve this.

Associate Professor, Director of Shoulder & Elbow Fellowship Program at The University of Pennsylvania