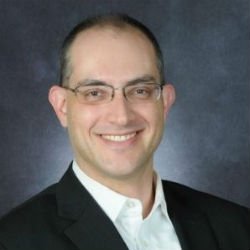 The American Health Council is proud to recognize Guy Maytal, MD for “Best in Medicine” for his outstanding medical and academic contributions to the medical field. Currently the Chief of Integrated Care and Psychiatric Oncology and Assistant Professor at Weill Cornell Medicine, Dr. Guy Maytal oversees operating functions at the hospital daily. While he has held his current role for over a year, he has spent more than 15 years in the healthcare industry expanding his skills and knowledge in medicine, administration, healthcare management, psychiatry and neurology.

Expressing an interest in psychiatry, Dr. Maytal became involved in his profession due to natural progression. After earning a bachelor’s degree from Harvard University in history and chemistry in 1997, he enrolled at The Johns Hopkins University School of Medicine, where he earned a medical degree in 2002. Following an academic path, Dr. Maytal became an instructor at Harvard Medical School in 2007 and remained there until 2016. He began working at the Massachusetts General Hospital in 2007 in the palliative care psychiatry department, and later was named the director of primary care psychiatry and urgent care psychiatry the following year. In 2009, he became the associate director for ambulatory psychiatry and by 2016, he was named the medical director of ambulatory psychiatry, where he has since supervised 35 psychologists. He specializes in patient care, teaches medical students about medical ethics, hires management and implements new programs. While remaining faithful to the Massachusetts General Hospital, Dr. Maytal simultaneously lends his expertise to Harvard Medical School as an assistant professor.

Dr. Maytal’s interest lies particularly in the psychiatric care of patients. He focuses his clinical practice on urgently-ill psychiatric patients as well as the care for cancer patients and other illnesses. As an educator, Dr. Maytal’s lectures often include topics such as psychiatry, physician-patient consultation and psychiatric aspects of ethics consultation. He has published several peer-reviewed articles, an accomplishment he is proud of. His extensive knowledge and skills earned him the 2014 and 2015 Teaching Award.

Dr. Maytal is a member of the American Academy of Hospice and Palliative Medicine, the American Psychiatric Association and the Massachusetts General Hospital. He is a senior member of the Massachusetts General Hospital Optimum Care Committee (Ethics Committee) and served as a psychiatric liaison to the Palliative Care Team at the hospital. In his free time, Dr. Maytal enjoys singing, practicing yoga and participating transformational seminars. Additionally, he is fluent in Hebrew and Spanish.

With a successful career at hand, Dr. Maytal attributes his achievements to his work ethic, his great mentors that have provided guidance throughout the course of his career and his excellent upbringing. He plans to maintain that success by continuing to develop skills in his current leadership role.