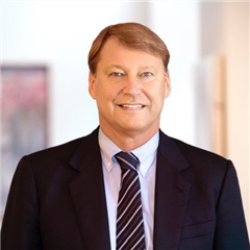 After first serving as a diplomat, dissertation and researcher in cardiovascular research at the National Academy of Sports Sciences in Cologne, Germany in 1982, his interest in biology and medicine study grew. He enrolled at the University of Heidelberg Medical School and earned a medical degree in 1989. Additionally, he served as a visiting anatomy lecturer at Harvard Medical School.

He relocated to the United States where he completed a residency and fellowship in general surgery and cardiothoracic surgery at Duke University Medical Center in 1999. That same year, he accepted an assistant professor of surgery role at the University of Minnesota and remained there until 2002. Later that year, he established and directed the thoracic transplant program at the Heart Center of the University of Leipzig in Germany for 10 years. During his tenure, he focused on minimally-invasive cardiac surgery as well as advanced techniques in cardiac operations. He held a faculty appointment at the University of Leipzig as a professor of surgery and endowed chair of clinical and experimental thoracic organ transplantation. After departing from that role in 2012, he then served as the director of the Heart and Lung Transplantation and Mechanical Circulatory Support and chief of Advanced Cardiac Surgery at the Florida Hospital in Orlando.

In 2016, he accepted the Director of Heart Failure Surgery at the Largo Medical Center and in 2017 the Director position of Cardiothoracic Surgery. Currently, Dr. Bittner serves as president and founder of the Gulf Coast Cardiothoracic Surgery Institute and vice-chief of the Cardiovascular and Thoracic Surgery at Tampa General Hospital. Dr. Bittner is committed to advancing both his professional knowledge in the cardiothoracic industry. He has published several works, including “The Effects of Brain Death on Pulmonary Hemodynamics,” and “Nitric Oxide Improves Vascular Impendence and Efficiency Following Cardiac Transplantation in the Setting of Recipient Pulmonary Hypertension,” both of which he presented at the XVI World Congress on Diseases of the Chest in 1996. He has served as a primary and secondary author in more than 150 peer-reviewed medical journals and his most recent abstract was accepted for presentation at the Heart Valve Society in March 2016. He is the recipient of the American Colleges of Chest Physicians’ Young Investigator Award in 1994 and 1996 and the Thoracic Surgery Directors Association Award of The Society of Thoracic Surgeons in 1997 and is a fellow of the American College of Surgeons.

Holding a prosperous and successful career, Dr. Bittner attributes his success to his hard work, his perseverance and his strong sense of belief in what he does. He plans to maintain his success by sharing his experiences and expanding his team.

Director of Cardiovascular and Thoracic Surgery at Largo Medical Center

President and Founder of the Gulf Coast Cardiothoracic Surgery Institute