The American Health Council welcomes Hassan Omer, Pharm.D., as “Best in Medicine” for his contributions to the pharmaceutical field. As the pharmacy manager at Senior Care Pharmacy in Riverview, Fla., Dr. Omer oversees pharmacy and staff, as well as provides counseling, performs long-term care pharmacy work and orders entry and filling prescriptions. While he has held his current role for nearly three years, he has spent the last 15 years in the healthcare industry expanding his skills and knowledge in clinical pharmacy.

Hailing from a family of medical experts, Dr. Omer drew influence from his family members to pursue a career in the healthcare field. His father was a professor of pharmacology and his two sisters are medical doctors in the United Kingdom. They inspired him to pursue a profession that improves others’ lives. To fulfill his goal, he enrolled at Drake University in Des Moines, Iowa, and earned a Pharm.D. degree in 2003. That same year, he accepted a clinical pharmacist role at Blake Medical Center in Bradenton, Fla., where he was first exposed to catheterization lab procedures, open heart surgeries, orthopedic and general ICU. He was involved with the implementation of Accudose and Omnicell in 2003 and 2005.

After departing from Blake Medical Center in 2005, he began working as a clinical pharmacist at Charlotte Regional Hospital that same year. In 2008, he accepted the same role at Fawcett Memorial Hospital and at Brandon Regional Hospital. He remained at both locations until mid-2011 and 2013 respectively. Dr. Omer eventually landed at Senior Care Pharmacy, where he continues to excel in his career as a pharmacy manager.

Along with his duties as a clinical pharmacist, Dr. Omer is proud to serve as a per diem nurse on the weekends, where he mentors and precepts. He is a member of the American Society of Health System Pharmacists, an organization that brings pharmacists together with the goal to help others achieve optimal health outcomes, according to the association’s official website.

In his free time, Dr. Omer enjoys going to the beach and spending time with his family. His success stems from wanting to help patients by asking himself, “How can I make their lives better?” In the upcoming years, he plans to become involved in international work. He wants to implement his knowledge from his studies in the U.S. and teach various topics internationally, such as patient safety. 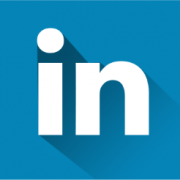