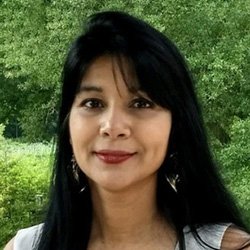 Dr. Indrani Sen Hightower, MD, has been appointed as ” Best in Medicine” by the American Health Council for her recognition as a Top Doctor and a Leading Physician for 2021.   She has spent the past couple of years as a Neurologist at the South Jersey MS Center at Bromley Neurology. Her expertise focuses on Neurology, Clinical Neurophysiology, and Multiple Sclerosis.

Dr. Indrani Sen Hightower attended Robert Wood Johnson Medical and earned her MD in 1999. From there, she went on to the Thomas Jefferson University Hospital to complete her fellowship and residency where she primarily focused on learning about Neurology, and Neurophysiology. In 2003-2004, she was elected to be the Chief Resident of Neurology at Thomas Jefferson University due to her academic merit. During that year, she did oral presentations teaching fellow residents the fascinating anatomy of neuronal connections, and pathologic diseases of the nervous system. After her year as the Chief Resident, she completed her Clinical Neurophysiology Fellowship under Dr. Enrica Arnaudo and Dr. David Dougherty.

She credits her parents for her decision to go into the medical field. Since a very early age, her parents taught her to treat patients with honesty, integrity, and compassion, and that becoming a physician was a noble profession. They instilled in her the concept that saving a patient’s life, and improving their quality of life was the most rewarding feeling at the end of a busy day.

During medical school, Dr. Hightower was initially undecided as to which subspecialty training in which she was interested. Her inspiration to become a neurologist came serendipitously, while she was living with her mother-in-law, who developed gradual personality changes, and difficulty writing in the year 1999. Dr. Hightower adored her mother in law, who was a vibrant woman, who was generous, giving, and had a great personality and sense of humor. Her mother-in-law took her into her own home as if Indrani was her own child, while she studied medicine. In the time that Dr. Hightower lived with her, Indrani noticed gradual a painful loss of a woman she loved dearly, who had been vivacious and witty become progressively more apathetic and confused. Eventually, it was discovered that her mother in law had a very aggressive brain tumor, Glioblastoma Multiforme. Her condition, unfortunately, became fatal within six months of her diagnosis.

After her mother-in-law’s neurosurgery, Dr. Hightower became passionately interested in preserving a patient’s cognition from disease states. She became interested in the science behind the illness. She found herself appreciating the complexities, the genius, and the invention contained in the most complex of organs present in the human being – the human brain. Dr. Hightower made it a personal mission to understand, diagnose, and treat the diseases of the human brain. She wanted to preserve her patient’s individuality, their creativity, their imagination, their genius, especially in neurodegenerative conditions, and to cure these processes to give them their selves back if possible.

Ultimately, she attributes her success to her parents who encouraged her with a strong work ethic. They were Dr. Hightower’s biggest inspirations in her mission to making a difference in other people’s lives. To this day, she considers her biggest professional accomplishment as having the ability to improve the quality of life for her patients.

Dr. Indrani Hightower has been the recipient of many prestigious awards throughout her career, such as the 2010 Top Physician Award. She also became Board Certified in Psychiatry and Neurology and is a member of the American Association of Neurology and the FLA Medical Association.

Dr. Hightower is the mother of ten-year-old twins which were conceived after many years of in vitro fertilization. She is very proud of them since they both know all parts of the human brains and all 12 cranial nerves. At age 36, while 5 months pregnant with her twins, Dr. Hightower permanently lost the central vision of her left eye due to a pregnancy complication. However, this did not deter her from practicing – she feels that this loss actually gave Dr. Indrani Hightower more compassion and more empathy for her patients who had also lost permanent neurologic function, and she believes that this has made her a better physician. Her motto is “I have been blessed with one good eye, and this is all that I need to see my patients, and I have been blessed with one bad eye, and this is all that I need to understand my patients.”

Dr. Hightower only wants to change her patients’ lives for the better and hopes she can bring them a positive outcome in any of their ailments. Currently, for the past two years, Dr. Indrani Sen Hightower has been working at South Jersey MS Center at Bromley Neurology with Dr. Steven Bromley and Dr. Preis. This is the first infusion center for the most advanced of multiple sclerosis medications in South Jersey, and there are two locations, one in Audubon, and the second one in Linwood, NJ. Her future goals are to treat and possibly help cure Multiple Sclerosis one day, and she is currently working with the National Multiple Sclerosis Society to advance public policy regarding patients who have been disabled and have multiple sclerosis.

Dr. Hightower’s motto is “Improving the human brain, one synapse at a time.” 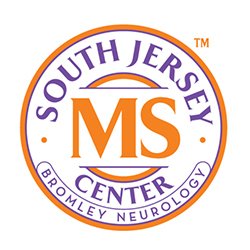 Neurologist at The South Jersey MS Center at Bromley Neurology