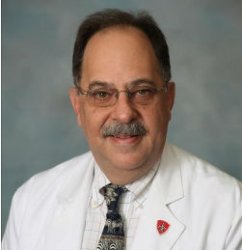 The American Health Council is proud to honor J. Philip Boudreaux, MD, FACS, as “Best in Medicine” for his outstanding contributions to the medical field. He is currently the Professor of Surgery at Louisiana State University Health Sciences Center School of Medicine in New Orleans, LA., Dr. J. Philip Boudreaux educates medical students and provides high-quality care to patients. While he has held that role for over 20 years, he has spent the last 38 years expanding his knowledge and skills in liver, pancreas, kidney transplantation, organ donation, hepatobiliary and pancreatic surgery, radio frequency ablation of liver tumors, neuroendocrine tumors and carcinoids.

After earning a bachelor’s degree in microbiology with Magna Cum Laude honors from Louisiana State University (LSU) in 1974, he enrolled in the university’s School of Medicine and earned a medical degree in 1978. He immediately began an internship in the Pediatrics Department at St. Jude Children’s Research Hospital in Memphis, Tenn., and after competing that in 1979, he began a residency in general surgery at LSU. While completing his residency, Dr. Boudreaux finished a pediatric surgery research fellowship at the Pittsburg Children’s Hospital in 1982. After finishing his residency in 1984, he immediately began an organ transplantation immunology fellowship at the University of Minnesota. Once he completed the fellowship in 1986, Dr. Boudreaux began using his skills and knowledge to improve his patients’ quality of life.

Remaining faithful to the institution that educated him, Dr. Boudreaux began working at LSU Health Sciences Center School of Medicine, where he now treats patients, provides diagnosis, performs transplant surgeries and operates a multi-specialty tumor clinic. Dr. Boudreaux is credited on LSU’s website as having instituted the liver and pancreas transplant programs at the institution and as initiating the liver and kidney transplant programs at Children’s Hospital in New Orleans. Board certified in surgery and critical care — and holding a specialty certificate in transplant immunology — Dr. Boudreaux’s comprehensive medical training has led him to become an esteemed member of the LSU Health Sciences Center School of Medicine faculty.

Dr. Boudreaux has spoken publicly at a variety of conferences and educated residents regarding transplant and other related topics. He has published over 50 peer-reviewed publications throughout his career, a feat he is very proud to have accomplished. His skills and brilliance led him to receive The Southern Surgical Association Award in 2003, the 20 Year Service Award and the Military Affiliate Radio System (MARS) in 1996. Among his many achievements, Dr. Boudreaux is most proud to have helped rebuild the practice LSU/Ochsner-Kenner New Orleans Neuroendocrine Tumor Specialists  (NOLANETS) from the ground up after Hurricane Katrina struck New Orleans in 2005. In that capacity, his group currently follows over 4,000 Neuroendocrine tumor patients. He has operated upon over 2,000 patients with neuroendocrine tumors. His center continues to innovate, do research, and often finds ways to turn “inoperable” into “opportunity”. His patients enjoy some of the highest long term survival rates reported in the world’s literature to date. The NOLANETS program has expanded to include East Jefferson Hosptial in partnership with the Louisiana Children’s Hospital Medical Network hospitals and the Joe Yenni Cancer Center.

In his free time, Dr. Boudreaux enjoys sailing, playing music, fishing, listening to the radio and teaching. He attributes his achievements to his education and his work ethic. He plans to continue to maintain his status as an esteemed physician by continuing to expand the practice by adding a number of surgeons. He is humbled and happy to be a part of the largest and best reported outcomes in the world’s literature to date for patients with stage IV Neuroendocrine Tumors.