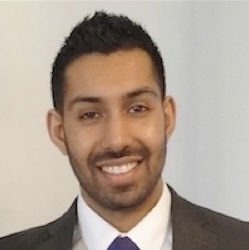 The American Health Council has selected Jagdip Gill, BS, MD, to their Physician’s Board. Currently, he is a Pediatric Emergency Medicine Fellow at the Robert Wood Johnson Barnabas Health | Newark Beth Israel Medical Center, The Children’s Hospital of New Jersey. As the state’s most comprehensive health system, Robert Wood Johnson Barnabas Health’s mission is to improve the health and well-being of the patients and communities they serve. Dr. Gill has spent the entirety of his career building up his skill in Communication and looks forward to becoming an expert in Pediatric Emergency Medicine.

Jagdip Gill earned his education at Rutgers, The State University of New Jersey where he focused his studies on Molecular Biology & Biochemistry. He received his Bachelor’s Degree from Rutgers in 2007. He later enrolled at St. George’s University School of Medicine, where he worked towards obtaining his Medical Degree which he received in 2013. With a specialty in Pediatrics, Dr. Gill was offered a Residency in the Pediatric Department of Newark Beth Israel Medical Center, The Children’s Hospital of New Jersey, which he accepted.

While in college, Dr. Gill originally wanted to pursue a career in Business, however, the recession that took place in the early 2000’s made him reconsider. He preferred a career that provided more security. His decision to enter the medical field came from his experience as a volunteer at a local hospital. He decided that setting better suited him and he has been happy in his decision ever since.

Day to day responsibilities for Dr. Gill include working in the Pediatric Department under the guidance of a Board Certified Pediatric Emergency Medicine Physician. Dr. Gill is responsible for teaching aspiring medical students and Pediatric Resident Physicians about the various procedures he performs daily.

Dr. Gill has many achievements that he should show pride for, including his Leadership Role in a Quality Improvement Initiative in 2016 at Newark Beth Israel Medical Center which focused on Preventable Medical Errors. The result of the project led to changes in his hospital’s Electronic Medical Record which spans throughout the entire Barnabas Health Care System and has minimized errors being placed within their clinics.

Many awards have also been named to Jagdip Gill, MD, such as the Champion of Quality Award which was given by the Robert Wood Johnson Barnabas Health in 2016. He also earned the Pediatric Resident Teacher of the Year Award from 2015-2016 at The Children’s Hospital of New Jersey at Newark Beth Israel Medical Center.

Dr. Gill would also like to extend his gratitude to his wife, Mamta Gill, for always supporting him in his endeavors. He would also like to acknowledge his son, Nirvair Gill, for motivating him to become the best physician he can. He truly grateful for all the physicians, nurses, and other medical staff he has become acquainted with at Newark Beth Israel Medical Center, The Children’s Hospital of New Jersey. Every relationship made there has influenced Dr. Gill greatly and shaped him into the remarkable physician he is today.

There are several medical associations that Dr. Gill has become affiliated with throughout his career, including the American Academy of Pediatrics.

Looking ahead, Dr. Gill would like to complete a sub-specialty Fellowship in Pediatric Emergency Medicine. He also plans on continuing his practice in the Pediatric Emergency Department as well as continue to work on quality improvement initiatives that reduce preventable medical errors.

When he has time to himself, Dr. Gill enjoys English Literature and American Football.