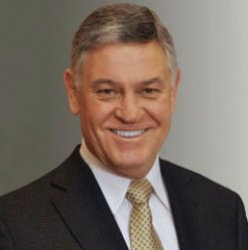 The American Health Council appointed Jeffrey Carter, DO as “Best in Medicine” for his outstanding contributions to the medical field. An orthopedic surgeon at Arlington Orthopedic Associates, P.A. in Arlington, Texas, Dr. Carter provides high-quality care to his patients to improve their quality of life. Since taking on that role over 20 years ago, Dr. Carter has expanded and perfected his skills in joint, knee, hip and shoulder operations. With an impressive 30-year career at hand, Dr. Carter is an esteemed and invaluable member of the healthcare industry.

First determined to pursue a career in engineering, Dr. Carter enrolled at the University of Missouri in 1971. After earning a metallurgical engineering degree in 1976, he realized that engineering was not for him. He immediately enrolled at the Kirksville College of Osteopathic Medicine and earned a Doctor of Osteopathic Medicine degree in 1980. After graduation, he completed an internship at the Normandy Osteopathic Hospital in St. Louis, Mo., in 1981, and immediately began a residency in orthopedic surgery at the Brentwood Hospital in Warrensville Heights, Ohio.

Dr. Carter’s career first began at a private practice in Arlington, Texas, where he expanded and molded his skills. After establishing a solid foundation at the practice from 1987 to 1996, he moved on to Arlington Orthopedic Associates, P.A. and has remained there since. Specializing in an array of procedures, Dr. Carter treats patients who require knee replacement, hip resurfacing, elbow replacement, carpal tunnel release, arm surgery, nerve block (somatic and sympathetic), rotator cuff surgery, spinal nerve block, steroid injection, trigger finger release and any other shoulder, elbow, hip, knee and joint-related surgery and treatments. Dr. Carter’s meticulous skills and vast surgical knowledge led him to publish several reports and abstracts, including “Natural History of Lymphosarcoma of Bone, A Case Report” in 1984, “Percutaneous Medical Malleolar Fixation” in 1985, “Infected, Exposed Metallic Internal Fixation: What to do?” in 1986 and “Antibiotic-Impregnated Bone Cement Bed: A Clinical Trial” in 1987. Additionally, Dr. Carter was also published in a white paper informational study regarding plasma blades.

Dr. Carter’s prosperous career includes myriad academic and personal achievements, including serving as the Atlas Club vice president at Kirksville College of Osteopathic Medicine from 1976 to 1980, serving as the Student Campus Center Committee Chairman in 1979 and participating in the University of Missouri’s football team from 1971 to 1975. He was a member of the Theta Tau Professional Engineering Society from 1972 to 1976, the Alpha Phi Omega from 1971 to 1974 and the Blue Key National Honor Society from 1973 to 1976. He was named a St. Patrick’s Day Knight in 1976.

To continue to evolve in the medical field and share his knowledge with fellow physicians, Dr. Carter is a member of several associations, including the American Osteopathic Association, the American Osteopathic Academy of Orthopedics, the Texas Medical Association and the Tarrant County Medical Association. He is also affiliated with several medical institutions, including the Baylor Orthopedic and Spine Hospital of Arlington, the Medical Center of Arlington, the Mansfield Methodist Hospital and the Texas Health Resources of Arlington. With a blossoming career — both academic and professional — Dr. Carter looks forward to continuing to enjoy the rest of his career, and later, enjoy retirement as well.