The American Health Council would like to welcome Jerold Fadem, MD, ABIM, FACP, as “Best in Medicine.” Dr. Fadem has dedicated thirty-three years of service to the medical field and has held his current role as Medical Director of Central Florida Injury INC. for ten years. He is an asset to the healthcare industry, as he brings prominent skills in Internal Medicine, Physical Rehabilitation, and General Medicine to his field.

Throughout his childhood, Dr. Fadem got to see the challenges his father was faced with throughout his career as a physician. His father was the founder of Central Florida Injury and that became a big influence in his life. Dr. Fadem never had a doubt in his mind about going to medical school, even as a child. His promise to be a great physician, like his father and his own dedication are the reasons for Dr. Fadem’s ongoing success. He dedicates everything he does to his family, who are constantly inspiring him to do better.

Day to day responsibilities for Jerold Fadem, MD, include tailoring specific treatment plans for patients who need rehabilitation. He oversees all operations including patient and staff interaction.

Dr. Fadem has been awarded many honors throughout his career. He was awarded the Teaching Attending of the Year Award in 1984, the Highest Standard of Care Award, and the Regional’s Attending of the Year Award. The Consumer Research Council of America also named him One of America’s Top Physicians and he was given the Two Star Designation for Quality and Efficient Care by United Healthcare. He became Board Certified in Internal Medicine and was named Outstanding Resident of the Year, two years in a row. Additionally, he was offered a role as an Adjunct Professor of Medicine at the University of Florida. Dr. Fadem also published several works on his own clinical research, including his case trial on Bronchiolitis.

However, Dr. Fadem’s proudest achievement is his family. He has been married to his wife, Carmen, who is also an MD, for thirty years. He is very proud of his children, one of whom just enrolled in medical school, another who is an architect at N.C. State University in Raleigh, and the third who is a chemist for a medical lab in Asheville, NC.

Considering the next five years, Dr. Fadem will continue to run a successful practice and looks forward to staying on top of any changes or advancements that will occur.

When Dr. Fadem isn’t working at his practice, he loves to travel. He also enjoys playing sports and learning more about history. But above all, he enjoys spending time with his family. 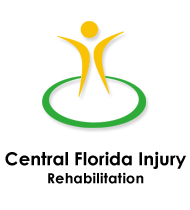