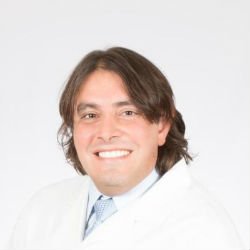 In his free time, Dr. Alvarez-Perez enjoys maintaining an active lifestyle by playing soccer, practicing judo and swimming. Most of all, he enjoys spending time with his wife, Robin, and their three children, Jesus III, Chris and Grace. He contributes time and funds to the Hackensack Meridian Health Organization. With a successful career at hand, Dr. Alvarez-Perez attributes his achievements to his ability to treat all patients with equality and respect. He plans to maintain his success by expanding his skills and growing in the obstetrics and gynecology field.