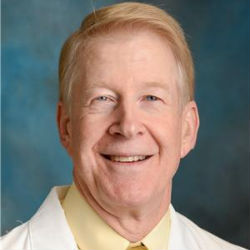 The American Health Council welcomes John C. Wuellner, MD as “Best in Medicine” for his unparalleled skills and contributions to the medical field. For the past 15 years as an internal medicine physician at BJC Medical Group in Anton, Ill., Dr. Wuellner has provided high-quality care to countless patients. Specializing in internal medicine, he has molded and perfected his outstanding physician skills during nearly 40 years in the healthcare industry.

As a child, Dr. Wuellner often watched his mother prepare to go to work as a nurse. Her dedication and passion to her career inspired him to pursue a profession in the medical field. He enrolled at Southern Illinois University and earned a bachelor’s degree in biology in 1974; he attended graduate school at Michigan State University for one year pursuing a degree in pharmacology. While he was in graduate school, he was accepted into the University of Illinois College of Medicine. After graduating from medical school in 1979, he completed his internship and residency in Internal Medicine at the University of Illinois Hospital in Chicago, Illinois. He relocated back to his hometown of Alton, IL and has been practicing medicine there since 1982.

With a fruitful career that continues to prosper each day, Dr. Wuellner attributes his success to truly enjoying what he does. He personalizes the care he gives to each patient and takes the time to listen to and educate his patients. As a family-oriented person, he is proud of his son and daughter — a military doctor who is currently an orthopedic surgery resident and a family practice physician assistant respectively — as well as his wife, Dr. Kathie Wuellner, who is a pediatrician.

His son, has completed his 5 year Orthopedic Residency at UC Davis Health in Sacramento, CA, and is set to take his boards in the near future. Once that is done, Dr. Wuellner is looking forward to a planned trip alongside his son and daughter,  spending 2 nights on a charter fishing boat to celebrate their accomplishments and bond.  After their fishing trip, his son is going to Korea to rejoin the active Air Force as the Orthopedic Surgeon on Osan Air Base.

In his spare time, he enjoys farming, hunting and fishing (particularly with his family) and visiting his grandchildren. He plans to continue to work in the medical field for several more years providing excellent care.