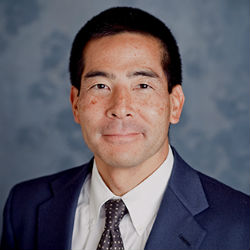 The American Health Council is proud to honor John Inadomi, MD as “America’s Best Doctor” for his contributions to the gastrointestinal field. Currently a professor of medicine and the Head of the Division of Gastroenterology at the University of Washington School of Medicine in Seattle, Wash., Dr. Inadomi provides educational and medical guidance for patients, students and his peers. While he has held the latter role for over 8 years, Dr. Inadomi has spent nearly 30 years in the healthcare industry expanding his knowledge and skills in the care of patients with gastroenterological disorders, and research in the prevention of gastrointestinal cancers.

Dr. Inadomi’s research has been recognized nationwide, including by the National Institutes of Health which granted him multiple awards to further his research on new techniques to decrease mortality from esophageal adenocarcinoma and to test novel interventions to increase adherence to colorectal cancer screening tests. He has been named a “Top Doctor” in Seattle Met Magazine since 2013 and authored the American Gastroenterological Association Guidelines for the Management of Barrett’s Esophagus and the clinical guide to colorectal cancer screening in the New England Journal of Medicine. Among his many accomplishments, he is most proud of the positive impact that he has made in improving his patients’ lives throughout the course of his career.

To ensure that he remains connected with fellow peers — and to share his research and knowledge — Dr. Inadomi is a member of several associations, including the American Gastroenterological Association, the National Colorectal Cancer Roundtable, the American Society for Gastrointestinal Endoscopy and the American College of Gastroenterology. He is currently the Clinical Research Councilor for the Governing Board of the American Gastroenterological Association and an associate editor of the journal Gastroenterology. He is also a term member for the NIH study section that reviews grant applications for career development and training awards (DDK-C). With a successful career at hand, Dr. Inadomi plans to continue to mentor young investigators and explore new teaching models and techniques used for research that aims to optimize patient quality healthcare.