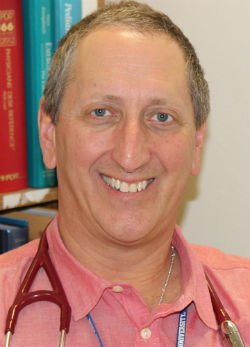 With 35 years in the healthcare industry, the American Health Council appoints John Leimert, MD, AB as “Best in Medicine.” Dr. John Leimert is the Chief of the Pediatrics Division at St. Josephs Health Services of Rhode Island and Teacher at Tufts University, School of Medicine. Dr. Leimert shares his knowledge and expertise in General Pediatrics and Pulmonary Diseases.

John Leimert attended Duke University, where he earned his Bachelor’s Degree. He then went on to the Tulane University School of Medicine and received his Medical Degree (1982). He completed his internship with Yale-New Haven Hospital, Chief Resident in Pediatrics at Yale-New Haven Hospital and his Fellowship Year in Pediatric Pulmonary and Critical Care at Rhode Island Hospital Dr. Leimert became involved in his profession due to inspiration from vintage medical shows including: “Marcus Wellby, MD” and the “Dr. Kildare” show. He also attributes encouragement from his brother, who is a doctor as well.

Dr. John Leimert’s day to day responsibilities include tending to pediatric patients and the underserved pediatric population. When he is not providing care to patients, he is teaching residents and physicians assistants at Tufts University, School of Medicine. He also provides medical consultation to the St. Joseph Lead Center and the Home Asthma Education
program at the health center. John Leimert, MD attributes his success to the support from his mother and credits his desire to give back to the community.

Dr. Leimert’s considers running his own private practice for twenty-three years, being a faculty member of Tufts University School of Medicine and being involved in the Mass Medical Society his biggest accomplishments. In his time as a medical professional, Dr. Leimert has received many noteworthy awards such as The Outstanding Clinical Teacher Award from Tufts University and The Outstanding Ped Award from Fall River Herald in 2001.

Dr. John Leimert dedication to the field of Medicine has led to the inclusion in the following organization: American Academy of Pediatrics Fellow, Alpha Omega Alpha Honors Society, and Association of Clinical Professors of Community Medicine – Tufts University School of Medicine.

However, Dr. Leimert considers his greatest accomplishment to be his marriage to his wife, Christine, who is a Pediatric Nurse. He also lists their shared privilege in raising their three children, Mike, Julie, and Jennifer to be at the top of that list as well.

Within the next five years, Dr. Leimert hopes to make St. Josephs Health Center into a patient-centered medical home and wants to add an on-site behavioral health and nutritional services for his patients.

When Dr. Leimert isn’t helping his patients or spending time with his family he takes the time to enjoy kayaking, tropical fish, biking, hiking, and traveling.

Chief of the Pediatric Division at St. Josephs Health Services of Rhode Island