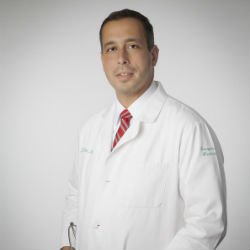 With a diverse educational background in biology, chemistry, teaching, business, as well as marketing, Dr. Jordan Barnett went on to become one of the most esteemed physicians in New Jersey, recognized by The American Health Council for his feats in Medical Direction, educational program development, and services. Twenty-four years within the healthcare industry has earned Dr. Barnett multiple recognitions and career highlights. He holds multiple positions, including that of Emergency Physician at Lourdes Medical Center of Burlington County (NJ), Medical Director for Mount Laurel Township, Principal and Cofounder of EMS Consulting Group, and Dean of the Philadelphia Job Corp EMS Program.

Graduating Cum Laude in 1989 from NYU with a Biology major and a minor in Chemistry, Dr. Barnett decided to branch out into the field of medicine, obtaining his medical degree from Syracuse University, in 1993. He completed residency training in Emergency Medicine at Thomas Jefferson University Hospital, in Philadelphia, in 1996. Since 9/11, he has participated in numerous subsequent training programs offered by the US Department of Homeland Security and FEMA, including EMS operations and planning for Weapons of Mass Destruction, EMS Continuity of Operations, and Medical Preparedness and Response for Bombing Incidents. Most recently, Dr. Barnett earned his MBA from the Executive MBA Program at Rutgers Business School in 2016.

Dr. Barnett currently serves as an Emergency Medical Physician at Lourdes Medical Center of Burlington County. He provides medical care addressing a broad range of pathology, ranging from acute illness to trauma. Day to day duties includes conducting radiographic readings, monitoring patients, and the diagnosis and stabilization of often critically ill patients.  Some of the highlights of his career includes participating as an EMS Medical Director in the emergency management preparation for the Republican National Convention in Philadelphia as well as the Pontiff’s visit in 2016, establishing the Burlington County Basic Life Support Medical Directors Association, establishing the first TASER training program in the state of New Jersey, developing the Department of Labor’s Philadelphia Job Corp EMT training program (touted to be the most successful program in Job Corp history), providing expert opinion and serving as a principal advocate for the needs of Emergency Medical Services at the state level in front of the New Jersey Senate Subcommittee in Trenton, consulting for major urban EMS systems in the consolidation and modernization of treatment algorithms and protocols,  serving as a lecturer and keynote speaker on airway management both at the university level as well as  to the 87th Airborne Medical Group, amongst many others.

Dr. Barnett’s career path evolved from initially volunteering as an EMT and firefighter for the Garden City Park Fire Department, in New York. He subsequently worked for New York City Emergency Medical Services, operating on a Tactical Unit out of Queens General Hospital while attending college.  These experiences has influenced his entire career path.  Attributing to his success is the continued support of his wife and daughter.

Dr. Barnett is the recipient of numerous awards, including, most recently, the Director’s Award from the Executive MBA Program in 2016 for Outstanding Contribution, the Executive MBA Achievement Award for highest GPA, the recipient of the Rutgers Award for Outstanding Dedication and Support in 2015, an inductee in Beta Gamma Sigma, the premier honor society for business studies, as well as recognition as one of the top 10 performing Providers by AtlantiCare Physician Group’s Service Survey. He was a keynote speaker for the Deborah Heart and Lung Center Pulmonary Department’s Regional Conference in 2009, held at the Maritime Seaport Museum, in Philadelphia, lecturing on advanced airway management techniques. He has taught on numerous occasions at Rowan University. Charity-wise, Dr. Barnett advocates and contributes to numerous philanthropies. His company, EMS Consultant Group, actively participates in charity related projects. 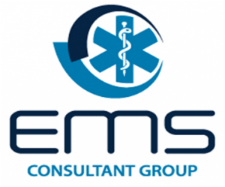