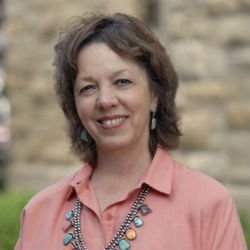 The American Health Council recently named Judith S. Kaur, MD, MA as “Best in Medicine” for her outstanding contributions to the medical field. Currently a professor of oncology at Mayo Clinic in Jacksonville, Fla., Dr. Judith Kaur divides her time between performing clinical services and teaching or researching. The latter is focused on the disparities in care for Alaskans and Native Americans. While she has held her current role for 24 years, Dr. Kaur has spent the last 38 years in the healthcare industry expanding her skills and knowledge in oncology, palliative medicine, hospice and internal medicine.

Dr. Kaur’s career first began in academics. Accepting her teachers’ advice to pursue a profession in education, she enrolled at Augustana College and earned a bachelor’s degree in elementary education in 1966. The following year, she earned a master’s degree in counseling from Northwestern University in 1967 and she immediately began teaching. As time passed, her grandmother, Ada, planted a seed in Dr. Kaur’s career after suggesting that Dr. Kaur had potential to be a healer. Taking her grandmother’s advice, Dr. Kaur enrolled at the University of North Dakota School of Medicine and earned a Bachelor of Science in Medicine degree in 1977 and later, a medical degree from the University of Colorado Health Sciences Center in 1979. In 1982, she completed an internship and residency in categorical internal medicine at the latter institution and earned board certification from the American Board of Internal Medicine (ABIM) in internal medicine that same year. In 1984, she finished a fellowship in hematology and medical oncology. She became board-certified by the ABIM in medical oncology and hospice and palliative medicine in 1987 and 2010 respectively. The seed her grandmother planted earlier in her academic career reached fruition once Dr. Kaur began practicing in the medical field.

Hailing from a Native American family, Dr. Kaur is only one of a few American Indian medical oncologists in the country. Along with serving as a professor of oncology at Mayo Clinic, she serves as the director of Native American Programs for the Mayo Clinic Cancer Center — a role she has held since 1995 — and served as the director of the Mayo Hospice program for over 20 years. She places a heavy focus on the Native American community by conducting outreach programs, research and providing educational tools. She has worked with Alaska Native pregnant women on smoking cessation, promoted wellness among young people, urged men to seek screenings and helped patients manage diabetes. Dr. Kaur participates in community-based participatory research (CBPR) where the community identifies a priority among the population. Her team then collaborates with the community to seek solutions.

Throughout her successful career, several institutions commemorated Dr. Kaur for her efforts. She was the first recipient of the American Society of Clinical Oncology’s Mead Johnson Young Investigator Award in 1984. The University of North Dakota awarded her the Outstanding INMED Graduate Award in 1989. The following year, Tobacco Free North Dakota awarded her with the Outstanding Service Award and later, the Indian Health Service, U.S. Department of Health and Human Services awarded Dr. Kaur with two Certificate of Appreciation recognitions in 1992 and 1994. The Mayo Clinic honored her with the Karis Award in 2000 and the Excellence in Teamwork Award in 2007. That same year, she received the Physician of the Year award from the Association for American Indian Physicians. In 2008, then-President George W. Bush appointed Dr. Kaur to the National Cancer Advisory Board. The National Cancer Institute, National Institutes of Health awarded her the Director’s Service Award in 2012 and the Alaska Native Tribal Health Consortium honored her with a Certificate of Appreciation the following year.

Dr. Kaur is an active member of several professional associations, including the American Cancer Society, the Intercultural Cancer Council, the Native Elder Health Working Group, the American Association for Cancer Research, the Association of American Indian Physicians and the American Society of Clinical Oncology. In her free time, she enjoys golfing, swimming, spending time with her grandchildren and traveling internationally. With a successful career at hand — one that she attributes to her faith and the support from her family — Dr. Kaur plans to continue her career including mentoring junior investigators and starting succession planning. 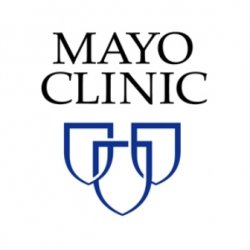