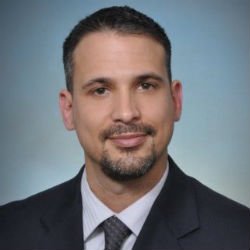 The American Health Council honors Julio C. Soto, MD as “Best in Medicine” for his wealth of medical expertise and commitment to increased patient autonomy over their medical decisions. Over eleven years in the healthcare industry, Dr. Soto developed his specific expertise in Mental Health, Men’s Health, and Primary Care Medicine, often performing in-office Medical Procedures. Dr. Soto presently uses his clinical acumen in service of the Dayton, Ohio area as Physician-Partner of Family Medicine at PriMed Physicians, where he has been for the past six years.

Dr. Soto was initially drawn to the versatility aspect of a medical profession. He liked the prospect of performing a variety of services. As he persisted in his coursework, he also found that he enjoyed the challenge of learning every detail of the entire human body. Dr. Soto absolutely loves that he a “jack-of-all-trades” physician. In 2006, Dr. Soto graduated with an MD from Ross University. Determined to gain sufficient academic training for the meaningful duty of medical caregiving, Dr. Soto pursued rigorous internships and residencies upon graduation. He completed an internship in General Surgery at the University of Vermont/Fletcher Allen in 2007, subsequently earned a Preliminary PGY-2 Year in Urology in 2009, and then finished a Family Medicine Residency at the University of Toledo/St. Luke’s Hospital in 2011. The American Health Council applauds Dr. Soto for his exception professional perseverance, as illustrated by his extensive scholastic preparation.

PriMed Physicians is a respected healthcare institution dedicated to the local, dynamic, patient community with an emphasis on building lasting patient relationships that make all the difference. In his capacity as Partner Physician, Dr. Soto assumes clinical diagnostic responsibilities. He spends most of his time assessing patients from newborns to adults and designs a course of treatment that is unique to his patients’ needs and conditions.  American Health Council applauds Dr. Soto for finding new ways to deliver a more compassionate patient experience.

His laudable contributions to the field have been widely recognizes with professional awards and honors throughout his career. His practice was acknowledged as the Comprehensive Primary Care Initiative Practice: Classic from 2012 to 2016 and then upgraded to Comprehensive Primary Care Initiative Practice: Plus, from 2016 to the present. He received the NCQA Physician Practice Connections – Patient-Centered Medical Home for three years from 2013 to 2016 and the NCQA Diabetes – Physician Recognition Program from 2014 to 2017. Additionally, Dr. Soto received several recognitions from Bridges to Excellence. He earned the Diabetes Care Recognition (Level II) from 2014 to 2016 as well as the Medical Home Recognition (Level III) from 2013 to 2016. Furthermore, his clinical excellence was acknowledged with the America’s Top Family Doctors Award from the Consumer’s Research Council of America in 2014, and the Champion Award from Comprehensive Primary Care Initiative in 2016. His healthcare institution was Named Number One Practice in the Nation by Measure Up/Pressure Down Nation Wide Hypertension Campaign in the 2nd quarter of 2014 and Number One Practice in the Nation by Together-2-goal Nation Wide Diabetic Campaign during the 3rd quarter of 2016.

Dr. Soto’s support from God, encouragement of his wife, and motivation of his parents underwrite his immense success. His hard work and dedication also helped him excel in his career. A testament to his devoted patient care, Dr. Soto uses his bilingual proficiency to communicate with English-speaking and Spanish-speaking patients, therefore establishing open discussion channels. His patients remain interested in their healthcare decisions and committed to healthier lifestyle choices. Within the next few years, Dr. Soto would like to grow and create meaningful relationships within his community. He will continue to champion patient autonomy and healthy physician-patient relationships, and looks forward to positively impacting more lives before he retires. Outside of his profession, Dr. Soto loves spending his time with his wife and two boys. He also enjoys spending his time outdoors; hiking, camping, and scuba diving. Dr. Soto likes going on wine tastings and tours. He also enjoys keeping himself in shape by training for marathons and doing CrossFit. The American Health Council is eager to add healthcare provider Dr. Soto to its extended network of healthcare professionals.