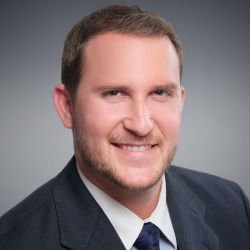 The American Health Council appointed Justin Ceravolo, Pharm.D., as “Best in Medicine” for his outstanding contributions to the pharmaceutical field. Currently serving as a pharmacist at Cypress Pharmacy in Fort Myers, Florida,. Dr. Ceravolo works for a full-service independent retail pharmacy that provides a hospitable environment as well as specialized compounding for both humans and pets. While he has held his current role since 2012, Dr. Ceravolo has spent the last six years in the healthcare industry expanding his skills in medical and pharmaceutical knowledge and working alongside insurance companies to provide patients with the most cost-effective health options.

With an initial goal to become a doctor, Dr. Ceravolo researched the profession by speaking with other medical doctors. During his research, he discovered the benefits of being a Doctor of Pharmacy or a pharmacist, who has the privilege of being an expert in both medical conditions and medications. He found that in effect, a pharmacist serves as the best-recommended consult for both doctors and patients to utilize. He decided to pursue a career in pharmacy and enrolled at the Florida Agricultural and Mechanical University in Tallahassee, Florida, and earned a Doctor of Pharmacy in 2012.

After graduation, Dr. Ceravolo began working at Cypress Pharmacy. In that role, he works hand-in-hand with doctors, patients, insurance and drug companies to ensure that his patients are receiving the proper care they deserve. Additionally, he assists patients with little or no means of transportation by offering a free delivery service. He is always providing consultations to those who need it and makes sure that each person he encounters has a positive experience. His primary goal is to have a positive relationship with all doctors and patients, thus reinforcing the triangle relationship bond between pharmacist, doctor, and patient.

To continue to expand his skills, he is a member of several professional associations, including the Professional Compounding Centers of America, the Florida Pharmacists Association and the National Committee of Pharmacy Associates. He contributes funds to the Multiple Sclerosis Foundation and various local community non-profit events. In his free time, Dr. Ceravolo enjoys boating, going to the beach, going on getaways, and playing with his dogs.

Crediting his success to positivity, optimism and going the extra mile, Dr. Ceravolo is a firm believer that keeping a positive attitude is both rewarding and easily passed on to patients and anyone else he encounters. Treating patients as family is a very important practice for him. He believes that pharmacists have endless opportunities to advance themselves and can find themselves involved in a wide variety of topics in healthcare. In the next five years, Dr. Ceravolo plans to expand Cypress Pharmacy to reach the entire scope of Southwest Florida as well as develop stronger relationships with doctors in the community.