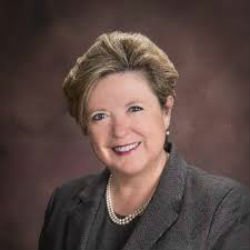 The American Health Council has warmly welcomed Kathleen M. Cowling, DO, MS, MBA as “Best in Medicine.” With an impressive career spanning over 28 years within the healthcare industry, Dr. Cowling has been recognised for her accomplishments in emergency medicine and educating others, in particular for her ability to see potential in others and encouraging them to reach their own goals.

Dr. Cowling first embarked on her career in healthcare following on her original ambition of becoming a zoo vet. It was the excitement and diversity of the role which drew Dr. Cowling to work in this environment, but she soon realized she was more suited to human medicine where she could serve patients in the emergency department at their most vulnerable times of crisis.

To enable her to fulfil her career ambitions Dr. Cowling studied from 1983-1991, with her main areas of education leading to a focus in emergency medicine. Throughout this time she achieved her DO and Master of Science in Biomechanics at Michigan State University. She completed her MBA at the University of Massachusetts Amherst in 2017, after realizing that to be a leader in medicine, knowledge of both business and science is required.

Distinguished in the medical and educational professions, Dr. Cowling was Clinical Professor of Michigan State University College of Human Medicine for two years until 2013, before the beginning of Central Michigan University’s College of Medicine, at which time she has been Professor of emergency medicine ever since. Her involvement with the American College of Emergency Physicians as a member since 1991, serving as a voting councilor from the Michigan Chapter for 15 years she achieved leadership status in 2005 when she was elected by the ACEP council to the Board of Directors serving for six years until 2011. She also has provided her expertise at the national level as an Oral Board Examiner for the American Board of Emergency Medicine for the past 18 years.

Dr. Cowling has worked at Central Michigan University for the past four and a half years in her current combined role of Professor, Chief of Emergency Medicine and Program Director. The daily responsibilities of these varied roles include administering and recruiting for a GME program in emergency medicine and providing lectures, whilst also teaching clinically at bedside for Covenant HealthCare.

In recognition of her accomplishments, Dr. Cowling attributes her success to having great mentors throughout her education and her past and present work experiences, paying particular regards to past MCEP Executive Director Diane Bollman. She also acknowledges the people in her life that gave her support and says that they are the reason for her success today.

In respect of Dr. Cowling’s many achievements, throughout her career she has been honored to receive the John A. Rupke Legacy Award from the American College of Emergency Physicians in 2016. She has also had the privilege to receive the Ronald L. Krome Meritorious Service Award from the Michigan College of Emergency Physicians 2006, as well as their Legacy Award, in 2014. She was honored to receive The Judith K. Weiswasser Memorial Award, from Michigan State University College of Osteopathic Medicine in 1991, which is given to the most outstanding female graduate.

To maintain her expertise and depth of knowledge in Emergency Medicine, Dr. Cowling has maintained membership with a number of associations including the American College of Emergency Physicians, Michigan State Medical Society, Saginaw City Medical Society and American Association of Physician Leadership.

During her career, Dr. Cowling has had the opportunity to be appointed by Governor Snyder for two terms as Commissioner, serving the people of the State of Michigan on the Certificate of Need and working with the Michigan Department of Health and Human Services. In the future, Dr. Cowling intends to continue her hard work in medical education and also advocating for emergency physicians and the patients they serve.

Outside of her working commitments Dr. Cowling loves to travel and has had the opportunity to adventure across the world. In her spare time, she enjoys watching movies and reading books, whilst also remaining active with bike riding a recreation she shares with her husband Robert. In her next steps she is looking forward to serving her local medical community as Chief of staff for Covenant HealthCare.

Central Michigan University is a nurturing institution that fosters the transformative power of advanced learning. From its roots as a teachers’ college, CMU has grown to offer nationally acclaimed programs in areas ranging from the health professions and engineering to business and communications. Established in 1892, Central Michigan University is among the nation’s 100 largest public universities with more than 20,000 students on its Mount Pleasant campus and another 7,000 enrolled online and at more than 40 locations across North America. CMU offers more than 200 academic programs at the undergraduate, master’s specialist and doctoral levels. 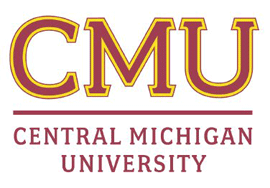