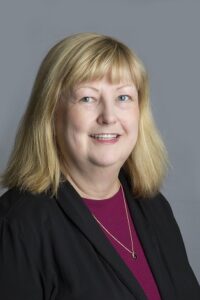 The American Health Council has welcomed Kathryn G. Froiland, MSN, RN, AOCNS, CWOCN, as ” Best in Medicine” in recognition of her extensive experience as an Oncology Nurse Educator.

Kathryn Froiland is recently retired from GSK.  After spending 11 years working at GSK, she made a career transition and became employed by Tesaro for the next 4 and a half years. GSK acquired Tesaro in 2018, which became GSK Oncology where Ms. Froiland held the prestigious role of Oncology Nurse Educator.

Ms. Froiland began her academic endeavors  at St. Olaf College in Northfield, Minnesota, where she gained a Bachelor of Science Degree in Nursing. Subsequently, she was offered a position at the University of Minnesota Hospitals and Clinics. Over the next ten years, Ms. Froiland advanced through the roles of Staff Nurse, Charge Nurse, Station Instructor and Assistant Head Nurse. In 1998, Ms. Froiland undertook a new role as Assistant Head Nurse at Methodist Hospital in Minneapolis. One year later, she  proceeded to become a Hospice Nurse at the Mayo Clinic Foundation until 1991.

In her next role, Ms. Froiland worked as a Senior Nursing Instructor at the University of Texas MD Anderson Cancer Center in Houston,  where she decided to further her academic endeavors and proudly gained her Masters of Science in Nursing in 1994. In 1995, the esteemed nurse was awarded the position of Senior Wound Ostomy Continence Nurse and progressed this further by becoming the Program Director of the Wound Ostomy Continence Nurse Education Program in 2001. Finding this work extremely rewarding, Ms. Froiland remained at the institution until 2003, at which point she moved into a new role with GlaxoSmithKline(GSK), working as an Oncology Clinical Nurse Educator. She remained with GSK for over ten years before moving into her current role as Oncology Nurse Educator at TESARO Inc. which was purchased by GlaxoSmithKline in 2018. Ms. Froiland remained in her educator position until her recent retirement in 2021.

Looking back over her impressive career to date, Ms. Froiland is particularly proud of her nomination for recognition from MD Anderson and her Excellence in Clinical Care Award, presented to her by NurseWeek in 2001. In addition, Ms. Froiland was named WOCN of the Year for the South Central Region of the Wound Ostomy Continence Nursing (WOCN) Society and in 2002, gained a Distinguished Alumna Award from the University of Texas – Houston School of Nursing.