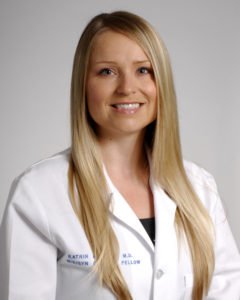 Dr. Katrin Arnolds, an OB/GYN at Beebe Medical Center and previously at the Cleveland Clinic Florida, has been recognized as a “Leader in Medicine” among “America’s Best Doctors” for 2017. Dr. Arnolds will be sharing her knowledge and expertise in the field of obstetrics and gynecology and minimally invasive gynecologic surgery.

Dr. Katrin Arnolds became involved in medicine because of her passion for women’s health. She specializes in minimally invasive surgery from adolescents to adults from pregnancy through menopause. After receiving her medical degree from Saarland University in Germany, she utilized her knowledge and expertise of obstetrics and gynecology to specialize in female pelvis surgery performing surgery on the uterus, fibroids, cysts and endometriosis.

In 2009, Dr. Katrin Arnolds received her medical degree from Sarlaand University. Subsequently, she pursued her residency in obstetrics and gynecology at the University of Miami in 2010. In 2016, she completed her two-year fellowship at The Cleveland Clinic Florida in Minimally Invasive Gynecologic Surgery.

Dr. Arnolds’ day-to-day responsibilities include seeing patients in the office for gynecologic and pregnancy care, she also performs gynecologic surgeries including but not limited to hysteroscopy, dilation and curettage, hysterectomyies, myomectomyies, salpingectomyies, tubal ligations, and vaginal surgeries. Dr. Arnolds performs the majority of her procedures laparoscopically, however she is also trained and licensed to operate on the robotic surgical platform.

In 2014, Dr.  Katrin Arnolds was honored to have been awarded with the Mary J. O’Sullivan Award for excellence in performance in Maternal Fetal Medicine. Subsequently, she was a recipient of the 37th Annual Helen Lansman Award Resident who has shown the greatest compassion towards patients. That year, Dr. Arnolds was also honored with the William A. Little Alumni Obstetrics and Gynecology Society, First Place Resident Presentation Award. Throughout her fellowship, she has also published multiple research articles and published several book chapters.

Among her many accomplishments, Dr. Arnolds is most proud to have received the Best Teacher Award from Florida Atlantic University and to have spoken at multiple international conferences regarding gynecologic surgery. She attributes her success to her perseverance and continued interest within her field. Dr Arnolds is passionate about offering women the most minimally invasive treatment approach possible. Dr. Arnold’s long-term goals include the continuation of growth, advancement upon her surgical skills, to be an advocate to her patients, and to practice evidence based medicine. 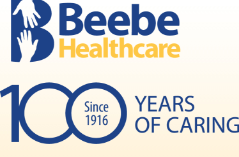