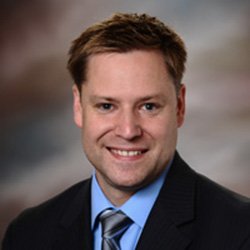 The American Health Council recognized Kevin Tymitz, MD, FACS as “Best in Medicine” for his outstanding contributions to the medical field. An associate program director at TriHealth in Cincinnati, Ohio, Dr. Tymitz oversees the intern boot camp, the laboratory and the minimally-invasive surgery and bariatric surgery centers. While he has held his current role for six years, he has spent 12 years in the healthcare industry expanding his skills and knowledge in medicine, general surgery, bariatric surgery and minimally-invasive surgery.

Dr. Tymitz enrolled at the University of Toledo and earned a medical degree in 2005. The following year, he completed an internship at Good Samaritan Hospital. Initially, he wanted to pursue cardiology but after working with an excellent mentor, he decided to pursue general surgery instead. He completed a general surgery residency at Good Samaritan Hospital in 2010 and a robotic and bariatric surgery fellowship at Johns Hopkins Hospital in 2011.

Board certified by the American Board of Surgery, Dr. Tymitz is affiliated with the Bethesda North Hospital and the Good Samaritan Hospital. He is trained in weight-loss surgery and is a seasoned general and bariatric surgeon at TriHealth Weight Management, Group Health and the TriHealth Surgical Institute. In 2012 and 2013, he received the EpicCare Ambulatory EMR CMS Meaningful Use Stage 1 Certification and was awarded the TriHealth Best Teacher Award. Dr. Tymitz is an active member of several professional associations, including the American College of Surgeons, the American Society of General Surgeons, the American Society of Metabolic and Bariatric Surgeryand the American Institute of Minimally-Invasive Surgery.

In his free time, Dr. Tymitz enjoys maintaining an active lifestyle by playing golf. With a successful career at hand, he attributes his achievements to teaching and learning from student residents each day. He plans to maintain his success by eventually establishing a fellowship program for minimally-invasive surgery.