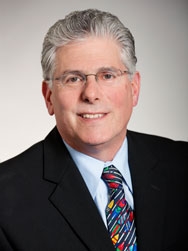 The American Health Council has cordially appointed Dr. Lawrence S. Miller MD, as “Best in Medicine.” Having amassed over thirty-nine years of experience in the healthcare sector, Dr. Miller is a distinguished Chief and Chairman of the Department of Orthopaedic Surgery at Cooper University Hospital and the Cooper Medical School of Rowan University. He is also the Medical Director of the Cooper Bone and Joint Institute, and Division Head of Sports Medicine.

Dr. Miller became involved in his current profession thanks to the influence of his father, who was a thoracic surgeon and full professor of surgery; he inspired him to get into the medical field. On Dr. Miller’s first day of his orthopedic rotation, he was hooked and knew it was the right career choice for him.

In preparation for a future career which would embrace expertise in medicine, shoulder, knee and sports medicine, Dr. Miller obtained his M.D. at Jefferson Medical College in 1979. This was followed by an Internship in General Medicine at Bryn Mawr Hospital in 1980, a Residency at Thomas Jefferson University Hospital in 1984 and a Sports Medicine Fellowship at Kerlan Jobe Orthopedic Clinic in 1985.

Over the past 39 years, Dr. Miller has developed one of the region’s leading sports medicine practices, specializing in the treatment of injuries to the shoulder, elbow and knee. He served as the team physician for the Philadelphia Wings Lacrosse Team for 26 years. As a faculty member and Professor of Clinical Orthopaedic Surgery, Dr. Miller has been involved in the training and education of orthopaedic residents and sports medicine fellows. In addition, Dr. Miller is responsible for overseeing the department of orthopedic surgery as well as the division of Rheumatology Podiatry and physical therapy. Dr. Miller’s clinical activities include patient office hours as well as arthroscopy joint replacement arthroscopic, knee and shoulder, and total joint replacement for the knee and shoulder.

Cooper University Hospital is an academic, tertiary-care medical center affiliated with Cooper Medical School of Rowan University and is located on the Health Sciences Campus in Camden, New Jersey. Cooper has a long history in the City of Camden and is playing a leading role in its revitalization. Cooper University Hospital is the only level one trauma center for adults and children in southern New Jersey. Cooper University Health Care’s mission is “to serve, to heal, to educate” and it has been a leading health system in South Jersey since 1887. Cooper operates an academic, tertiary (specialist) care hospital; a leading cancer center; a children’s hospital; three urgent care centers; and more than 100 outpatient offices throughout South Jersey and Pennsylvania.

Dr. Miller specializes in the management and treatment of shoulder injuries, shoulder instability and shoulder replacement, as well as cartilage restoration, meniscal transplantation, meniscal repair and meniscectomy of the knee. He has been recognized on numerous occasions as a Top Doc by Philadelphia Magazine, South Jersey Magazine, SJ Magazine and NJ Magazine. He has also received many other recognition including the Team Physician Award from the Pennsylvania Athletic Trainers Society in 2007 and the Joseph S. Torg Award for Excellence in Sports Medicine from the Philadelphia Sports Medicine Congress in 2008.

His goals within the next five years include growing his program to where he can transition it to the next generation of surgeons. When not busy working, Dr. Miller enjoys boating and rowing.