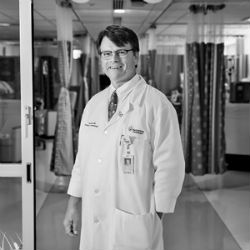 Leif Nelin, MD was honored by the American Health Council as “Best in Medicine” for his outstanding contributions to the medical field. Dr. Leif Nelin currently serves as the Division Chief of Neonatology at Nationwide Children’s Hospital and a professor of pediatrics at the Ohio State University College of Medicine in Columbus, Ohio. Since entering the healthcare field over 35 years ago, Dr. Nelin has garnered comprehensive skills and knowledge in neonatology, pediatrics, respiratory diseases and medicine.

After earning a medical degree from the University of South Florida in 1982, Dr. Nelin completed an internship and residency at the Baylor College of Medicine in 1983 and 1985 respectively. He later completed a residency at Uppsala University in 1986 and a fellowship at Baylor College of Medicine in 1988. After receiving board certification in neonatal-perinatal medicine, Dr. Nelin launched a successful career in academics by serving as an assistant professor in the Medical College of Wisconsin’s Department of Pediatrics from 1989 to 1994. Later that year, he was promoted from assistant professor to associate professor at the Medical College of Wisconsin and simultaneously began a four-year term as both an adjunct professor in Marquette University’s Biomedical Engineering Department.

He departed from his roles at Marquette University and Medical College of Wisconsin in 1998 to serve a four-year term as an associate professor in the University of New Mexico’s Department of Pediatrics. By 2002, he served as an investigator in the Columbus Children’s Research Institute’s Center for Developmental Pharmacology and Toxicology and accepted an associate professor role at Ohio State University’s Department of Pediatrics. He first served as interim director of the Center for Perinatal Research at Nationwide Children’s Research Institute in 2006 before assuming the director title in the same role in 2007. In 2010 he was named interim chief of Ohio State University’s Division of Neonatology and has since remained in that role.

Throughout his career, Dr. Nelin developed an interest to examine how pulmonary blood flow affects newborn respiratory diseases. He has conducted extensive research on persistent pulmonary hypertension of the newborn, specifically the mechanisms that determine biological availability of the amino acid L-arginine on the ability of the lungs to produce nitric oxide to regulate blood flow. Dr. Nelin’s goal is to eventually develop innovative therapies for the treatment of lung diseases that stem from alterations in nitric oxide production.

A fellow of the American Academy of Pediatrics, Dr. Nelin is an active member of several professional associations, including the American Pediatrics Society, the Association of American Physicians and the American Thoracic Society. He contributes time and funds to Guyana Help the Kids, a charity that aids in decreasing the neonatal and infant mortality in developing countries, especially Guyana. In his free time, he enjoys maintaining an active lifestyle by hiking, biking and spending time outdoors.

Bilingual in Swedish and English, Dr. Nelin attributes his successful career to learning from others in his field. In the next five years, he plans to continue working at Nationwide Children’s Hospital and continue improving the lives of premature newborns. 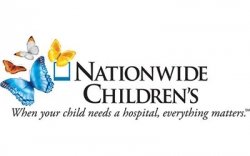