Dr. Lisa A. Cooper, MD is a Bloomberg Distinguished Professor at Johns Hopkins University School of Medicine and Bloomberg School of Public Health. She is also the James F. Fries Professor of Medicine in the Division of General Internal Medicine and a core faculty member in the Welch Center for Prevention, Epidemiology, and Clinical Research, and she holds a joint appointment in the School of Nursing. Dr. Cooper was born in Liberia, West Africa, where she witnessed the effects of social deprivation on the health of many of her fellow citizens and developed the passion for her career in medicine and public health.

A general internist, social epidemiologist, and health services researcher, Dr. Cooper was one of the first scientists to document disparities in the quality of relationships between physicians and patients from socially at-risk groups. She then designed innovative interventions targeting physicians’ communication skills, patients’ self-management skills, and healthcare organizations’ ability to address needs of populations experiencing health disparities. She is the author of over 180 publications and has been the principal investigator of more than 15 federal and private foundation grants. She has also been a devoted mentor to more than 60 individuals seeking careers in medicine, nursing, and public health.

Currently, Dr. Cooper directs The Johns Hopkins Center for Health Equity, where she and her transdisciplinary team work with stakeholders from healthcare and the community to implement rigorous clinical trials, identifying interventions that alleviate racial and income disparities in social determinants and health outcomes. The Center also provides training to a new generation of health equity scholars and advocates for social change with policymakers.

A compassionate physician, prolific researcher, and devoted mentor, Dr. Cooper has received several honors for her pioneering work. These include a prestigious 2007 MacArthur Fellowship, elected membership in the National Academy of Medicine, the American Society for Clinical Investigation, the Association of American Physicians, and Delta Omega Public Health Honor Society. She has been listed on Thomson Reuters’ top 1 percent “most cited” list for Social Sciences several times. Dr. Cooper has received the George Engel Award from the American Academy on Communication in Healthcare, the James D. Bruce Memorial Award for Distinguished Contributions to Preventive Medicine from the American College of Physicians, the Herbert Nickens Award from the American Association of Medical Colleges for outstanding contributions to promoting social justice in medical education and health care equity, and the Helen Rodriguez-Trias Social Justice Award from the American Public Health Association.

In 2011, Dr. Cooper was appointed by Governor Martin O’Malley to the Maryland Health Care Quality and Costs Council where a special workgroup on disparities made recommendations leading to the passage of the Maryland Health Improvement and Disparities Reduction Act of 2012. She has testified at U.S. Congressional hearings regarding health disparities, diversity in the healthcare workforce, cultural competency training of health professionals, and funding for biomedical research.

Dr. Cooper received her B.A. in Chemistry from Emory University and her M.D. from the University of North Carolina at Chapel Hill. She completed her internship and residency in Internal Medicine at the University of Maryland Medical Center. She received her M.P.H. from the Johns Hopkins Bloomberg School of Public Health while completing a postdoctoral fellowship in general internal medicine at the Johns Hopkins School of Medicine. 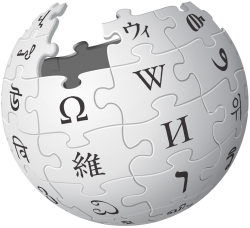