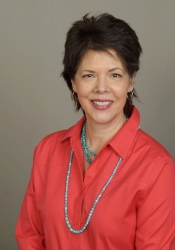 Ms. Tonrey was initially drawn to a career in healthcare as she wanted to work with people. She was interested in how medications work, and the scientific studies of pharmacy, along with helping people live better lives. In high school, her grandmother had cancer and she spent a lot of time taking her to the hospital. These combined experiences further fuelled Ms. Tonrey’s desire to pursue a career in the field.

Ms. Tonrey’s academic achievements are impressive and include the attainment of a Pharmacy degree, Master of Healthcare Administration, and Pharmacy Executive Leadership Fellow. Focusing her studies on Pharmacy, Healthcare Administration and Public Health, Ms. Toney is an esteemed graduate of Rutgers College of Pharmacy and Chapman University. She also completed her Pharmacy Executive Leadership Fellowship at UPenn, Wharton School, Leonard Davis Institute in 2003.

After completing her studies, Ms. Tonrey desired a career rather than a job, and became a Commissioned Officer in the U.S. Public Health Service. Being part of a public health organization expanded her knowledge and understanding of prevention, health disparities, healthcare delivery, and population health, to impact change.

USAID leads international development and humanitarian efforts to save lives, reduce poverty, strengthen democratic governance and help people progress beyond assistance. USAID’s Office of U.S. Foreign Disaster Assistance is the office within USAID responsible for providing emergency non-food humanitarian assistance in response to international crises and disasters. USAID/OFDA leads and coordinates the U.S. Government’s humanitarian assistance efforts overseas, responding to an average of 70 disasters in more than 50 countries every year.

The organization offers a vast array of support and services in the areas of Agriculture and Food Security, Democracy, Human Rights and Governance, Economic Growth
and Trade, Education, Environment and Global Climate Change, Gender Equality and Women’s Empowerment, Global Health, Water and Sanitation, Working in Crisis and Conflict, and the U.S. Global Developmental Club.

Her list of professional accomplishments is extensive and includes serving a 23 year career as a U.S. Public Health Service Officer and as a US based disaster responder to events including post 9/11 World Trade Center, Anthrax outbreaks and multiple hurricanes, to name just a few. In addition to a career working to improve the health status of underserved and vulnerable populations, her work as the President of the American Pharmacists Association advanced an agenda for pharmacists in all 50 states to immunize. Ms. Tonrey is also an assistant professor with the University of New Mexico, College of Pharmacy.

Over the next five years, Ms Tonrey plans to continue to focus on humanitarian and public health work. She wants to continue to make a positive impact on vulnerable populations, while also mentoring and educating future pharmacist leaders.

When not busy working, Ms. Tonrey enjoys spending time with family and friends, while also pursuing a love for traveling. She is also extremely charitable and supports the American Pharmacist Association Foundation and Samaritan’s Purse.